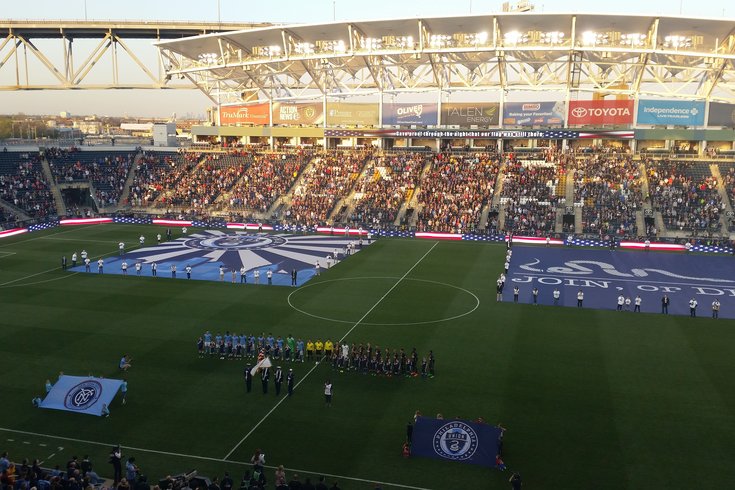 "16,553 fans showed up to watch the Union lose a fourth straight game on Friday night.

The Union lost a fourth-straight game on Friday night, bookended with boos for the coach and the performance alike.

This one happened on national television, with the greater MLS community witnessing what Union fans have been subjected to since September, which is dull overall play and a lack of any tangible progress.

"Yeah, they’re not happy," head coach Jim Curtin said the crowd's post-game response. "We haven’t won, so, yeah. That’s obvious. I’m not surprised that there’s boos in our home building. They’re not going to be happy with the way things are going right now, and that’s part of it."

The 2-0 loss continues a 14-match winless streak dating back to August 27th of last year.

Curtin's team is dead last in Major League Soccer with two points in six games and a 0.33 points- per-game average.

"I think we still have a very strong group of guys," Curtin said. "I still think we have a great team. I believe in the group. I think they believe in the work that they do each and every week. And again, it’s going to take us sticking together and getting a result before any of the negativity around the team will stop. So I think the guys recognize that, and again the only way we can get out of that is with a win."

It's been 230 days since the Union last win. They haven't won since the Obama administration.

Despite the ire of fans and mounting pressure from both local and national media, it seems as though Curtin has the internal backing of Union ownership and the front office.

"It’s great," Curtin said of the support. "Again, we see the work that everyone does each and every day. (Stewart) was excellent this week in terms of talking to the group in team meetings, trying to bring things back to the basics and what we believe in, and starting with that energy and passion. Really good talk with the team, I think they took well to it. Again, we came across a very good New York City FC team. I’m a big believer in the important people in my life, and in the organization still believing in me and that is where it starts. I’m happy to have that. Again, I'm a guy who recognizes that and is pretty self-aware of how tough the situation is. I don’t really run or hide, I think I’ve always been upfront and honest with everybody here, and again I know that it’s a tough time, but I also know that we have a really good team."