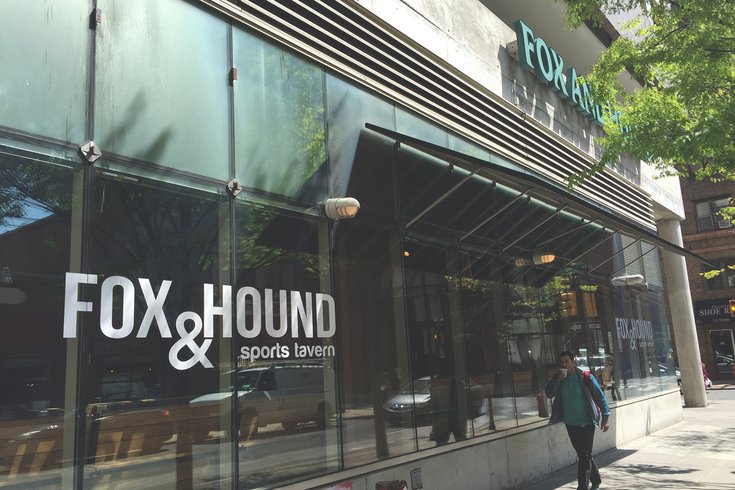 The Fox & Hound Sports Bar at the corner of Spruce and 15th.

Cinco de Mayo is a Mexican holiday that celebrates the country's victory over the French Military at The Battle of Puebla on May 5, 1862. Although it isn’t as widely celebrated in Mexico as Mexican Independence Day, it is still observed in many cities in Puebla.
For many Mexican-Americans, Cinco de Mayo is a day to celebrate Mexican culture. The holiday became popular among Mexicans in the United States during the 1960s. Cinco de Mayo helped them to reclaim their cultural identity during a time when they were grossly marginalized.
But for other Americans, Cinco de Mayo is an occasion to wear sombreros, ponchos and get blackout drunk on tequila specials and cultural appropriation.
One Philadelphia bar has taken the co-opting of Cinco de Mayo to a low level.
Center City pub Fox & Hound posted a cringe-worthy advertisement in the front window of its 15th and Spruce establishment. The sign reads “Cinco de Mayo. We have no idea why we’re celebrating, and that’s OKAY. Bring all your amigos on May 5th and join us for a fiesta grande.” 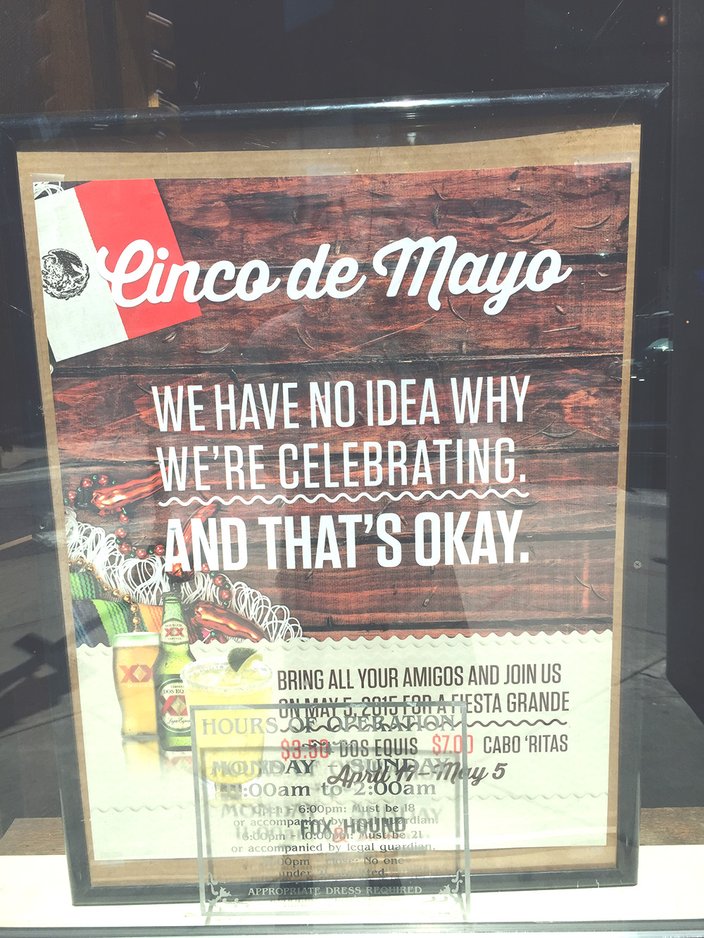 Is it OKAY?
The sign features a beaded necklace, the Mexican flag, a pint of Dos Equis and what appears to be a margarita.
Fox & Hound has over 60 locations in 20 states. No one from the pub responded to requests for comment at the time of this publishing.
h/t to Katherine Fritz.