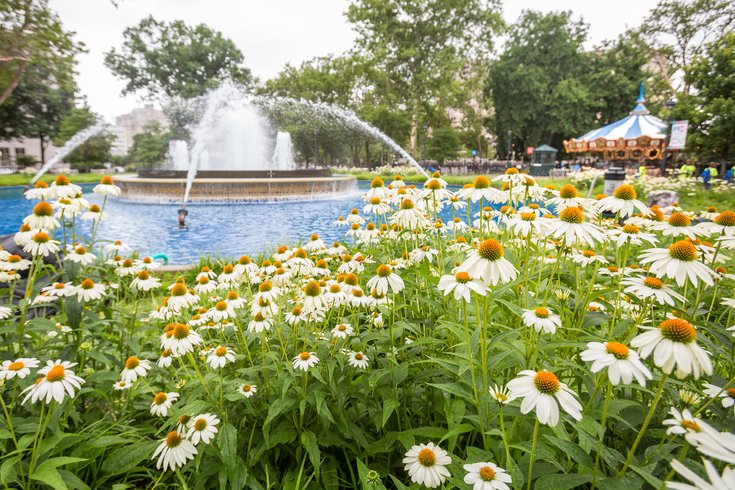 The fountain at the center of Franklin Square is believed to be one of the oldest fountains in the United States. It was installed in 1838.

Franklin Square's historic fountain was constructed in 1838. For more than 180 years, the fountain has stood at the center of the public park.

Late last year, the nonprofit that manages and operates the park, Historic Philadelphia, announced it would renovate the oldest refurbished and functioning public water fountain in the country for an upgraded fountain show that would debut summer 2019.

Beginning Wednesday, July 31, park visitors will be able to watch the new Franklin Square Fountain Show. The total price for the major, modern makeover was announced by Historic Philadelphia as $2 million.

The free choreographed shows will feature dancing water, LED lights and music by many popular artists. 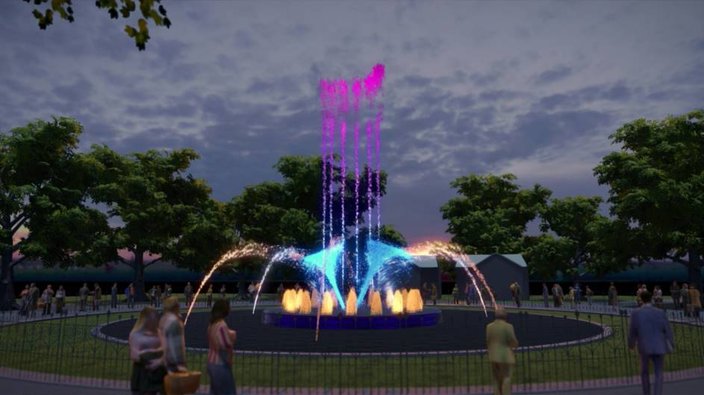 A rendering of the new music and light show coming to Franklin Fountain in 2019.

After the very first daytime fountain show, free birthday cupcakes will be handed out and kids can ride the carousel for free. The Phillie Phanatic and Benjamin Franklin will be there, too.

Through Labor Day, Franklin Square is open Sundays through Thursdays from 10 a.m. to 9 p.m. On Fridays and Saturdays, the park stays open until 10 p.m. After the summer season, park hours change.

In addition to the fountain and carousel, families can enjoy two playgrounds and mini golf. There's also food available at SquareBurger in the park.

Also, this August will be Summer Splash in the Square. There will be free activities like dance parties, yoga, movie nights and puppet shows. A pop-up cocktail garden will also be open Thursdays through Saturdays. Details will be announced on Franklin Square's website.