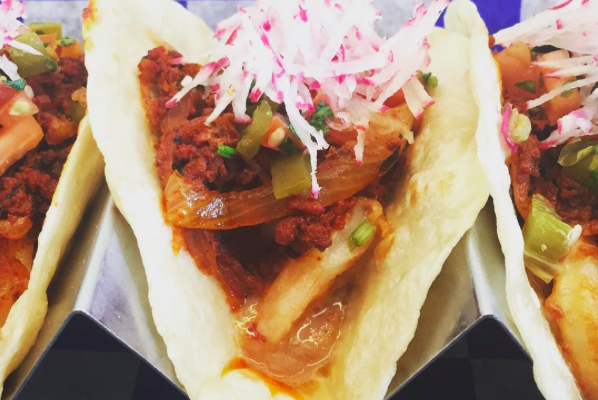 When Buena Onda first opened in March 2015, the Garces Group had found a perfectly quiet location for their Baja-inspired seafood shack in the Granary building at 1901 Callowhill Street. And while Philadelphia has no shortage of great and affordable tacos, Garces restaurants included, Buena Onda proved to be a distinctly fresh and refreshing experience.

That concept — fish tacos, quesadillas and healthy salads paired with cocktails, draft beers and heavenly lemonade — is now taking the good vibes to Rittenhouse for a second location.

Corie Moskow, whose firm represents the taqueria, confirmed that Garces has signed a lease at 1735 Chestnut Street, where a much more heavily trafficked block will give Buena Onda the jelly-legged Center City crowd it was primed to replenish every day.

Apart from a friendly staff, the restaurant's menu is tailored for customizing meals that will either stuff you to the gills or give you a light but wholly fulfilling bite to eat. That's a hard balance to strike. While there are perhaps better value deals at other spots if you're looking for leftovers, the pricing at Buena Onda is both reasonable and calibrated to put the choice in your hands whether that plate of nachos is worth it to you.

Other pluses include sustainably sourced fish, 50 cent donations to the Garces Foundation for guac and bottled water purchases, and pineapple and strawberry Mexican popsicles for a treat on a hot day.

Designed by CORE, the coastal-themed restaurant will join several other Garces concepts clustered in the area— Village Whiskey, Tinto and Volver — but as yet there's no timeline for an opening.