A ghost in Caroline's Room? 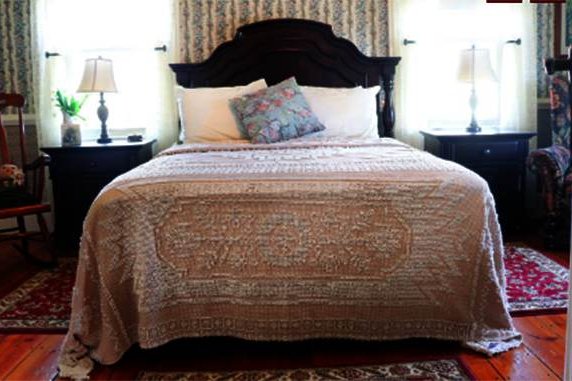 Room No. 2 at the Dr. Jonathan Pitney House is Caroline's Room, named for the doctor's wife, an elegant woman with charm. It is said she still haunts the house, which reopened as a bed-and-breakfast on Friday.

On a day before Halloween, Vonnie Clark invited a friend to do readings at the Dr. Jonathan Pitney House bed-and-breakfast she owned at the time. More than 50 people showed up.

During the evening, the assembled guests heard bells ringing inside the house.

But there were no bells in the home, Clark said at the time.

Those circumstances are one of many associated with the possible ghostly occupation associated with the house, built in 1799 in Absecon. Clark and her daughter said they both felt a presence of some kind, though they never actually saw an apparition.

Many of the reported incidents over the years involve Caroline’s Room, the one said to be occupied by Pitney’s wife. The doctor insisted his wife live in the house forever, said Ed Fitzgerald, whose family currently owns the inn.

“She’s still there,” he contended.