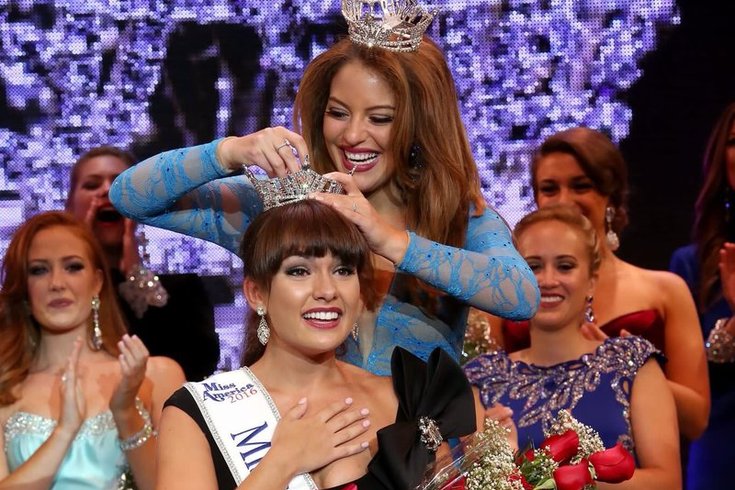 Brenna Weick, 22, of Mantua, beat out 29 other contestants at the Ocean City Music Pier on Saturday night for the crown.

Weick's platform was "A World of Difference: Navigating the Cyber Sphere ," which raises awareness about cyber bullying.

The win will allow Weick to compete in the Miss America pageant in Atlantic City on September 11.

Weick, a student at High Point University in North Carolina, was competing in her fourth Miss New Jersey pageant.

Olivia Michael, of Tenafly, was named the first runner-up.