The greatest herb of all 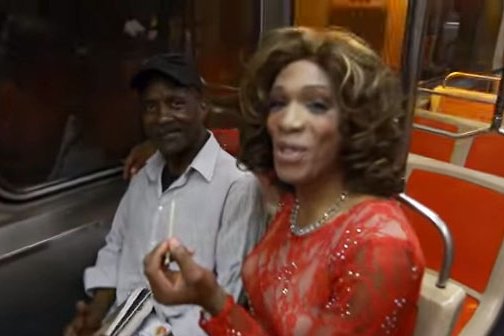 Poe and some fellow pot proponents borrowed a page from the Whitney Houston songbook.

Local marijuana activist N.A. Poe is getting ready for Smoke Down 2.0, a cannabis legalization rally July 10 (4 p.m.) in Love Park. To help spread the word, Poe and some fellow pot proponents borrowed a page from the Whitney Houston songbook, creating a hilarious new video that is sure to make even Aunt Dionne proud (once upon a time ago, Ms. Warwick was busted for pot in Hawaii).

With lyrics by Steve Miller, vocals by Cantwell and an appearance by none other than “Weedy Houston,” expertly played by Carl Max, the video lovingly pays tribute to everything from marijuana to drag (and at least one adult toy store) on the streets of Philadelphia.

Poe says he had been looking for someone within the LGBT community to join his fight in favor of medical marijuana, which compares to the fight for gay rights. “We want to take people out of the cannabis closet,” he says. “You don’t have to smoke marijuana to support this.”

Friday’s rally will be followed by a march through Center City at 5 p.m. and an after-party at One Art Community Center (8 p.m. to midnight) featuring DJ Freedom and the Low Temp Reggae All-Stars with Adam Flicker. Poe says his goal for the event is to help pass a comprehensive medical cannabis bill in Pennsylvania and to decriminalize the drug in PA, NY, NJ, DE and MD.

“We want to send a message to Harrisburg about marijuana reform,” explains Poe, who is passing the proverbial joint to moms, dads and vets who have become outspoken advocates of the health benefits of the drug. They would like to see cannabis removed from the Schedule I list with a release of anyone serving long-term sentences for possession.

Because Philadelphia passed its ordinance decriminalizing small amounts of marijuana, expect the demonstrators to light up and inhale before marching to U.S. Senators Toomey and Casey’s offices to make their demands. The march will end at Gov. Wolf’s office asking him to take direct action.