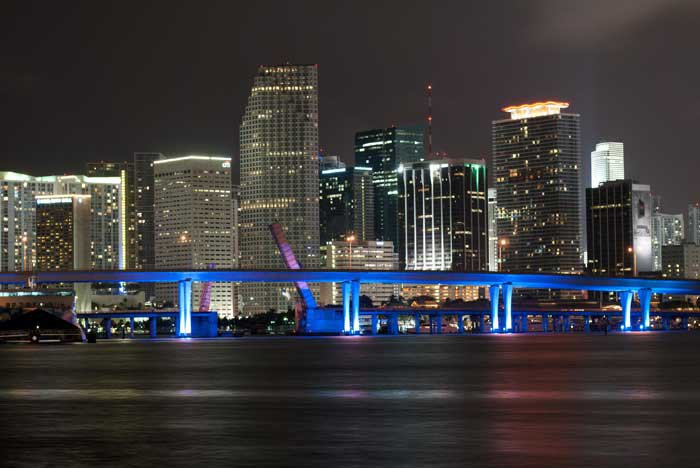 The U.S. housing market slowdown in 2022 may be chipping away at some of the trends that took hold during the first two years of the pandemic.

That could be good news for renters in Florida, who have seen the cost of apartments skyrocket due to migrating remote workers who wanted to set up shop in more appealing locations.

A new report from Florida Atlantic University, Florida Gulf Coast University and the University of Alabama hints that average rents across more than 100 metro areas in the state could start coming back down to earth. Many of the New Yorkers who moved to Florida during the pandemic are now leaving the state.

“Those COVID refugees placed a significant burden on the demand for rental units in Florida, and rents spiked to historic highs while New York became slightly more affordable,” said Ken Johnson, an economist at FAU’s College of Business. “With those workers returning home, Florida should see a cooling in its rent hikes, and New York renters will again have to deal with much higher rates.”

The Fort Myers and Miami metropolitan areas currently rank as the nation’s two most overvalued rental markets. This June, renters in these metros paid about 29% more than they did a year ago.

“By and large, areas with the lowest rent increases are places with stagnant or declining populations,” said Shelton Weeks, of FGCU’s Lucas Institute for Real Estate Development & Finance. “In markets with growing populations, such as most of Florida, landlords can charge what they want because there’s always somebody willing to pay it.”

The researchers from these schools project that the rent increases seen in Fort Myers, Miami and other Florida markets, including Orlando and Tampa, are on pace to slow dramatically in the next year.

The data released in the report shows the average rent in Fort Myers is currently $2,162, well above the $1,832 where the researchers say it should be, based on a history of rents going back to 2014. In Miami-Ft. Lauderdale, the average rent is $2,848, when it should be closer to $2,361. The modeling data comes from Zillow’s Observed Rent Index.

Nationally, the average rent is $2,007 compared to the $1,846 where the researchers say it should be. That national average had a 14.75% year-over-year increase.

The hot residential market for home buyers in Florida remains pretty strong compared to the rest of the nation. But the combination of high interest rates, inflation and unstable financial markets may be evening the playing field between buyers and sellers, particularly on the more affordable end of the market.

“This same time last year, sellers were non-negotiable. There were bidding wars,” Chad Carroll, a broker with the Carroll Group at Compass, told The Real Deal. “Now they’ve realized that party’s over.”

For a state whose housing markets have been among the most sought after in the United States over the last few years, it appears a more normal course is setting in again.