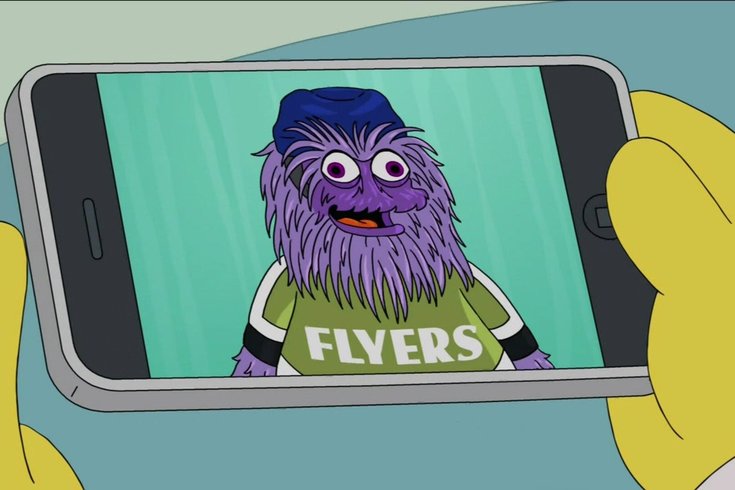 The Flyers' lovable orange mascot made a special appearance in "The Simpsons" long-running Halloween special Sunday night, but he looked a bit different.

Gritty's cameo during the 30th installment of the spooky "The Treehouse of Horror" special on FOX was during a bit titled "Heaven Swipes Right."

In it, Homer is in a spoof of a 1978 movie "Heaven Can Wait," so he dies too early by choking at a hot dog and gets to choose how he wants to be reincarnated back to Earth. All of the options are for someone who was supposed to die the same day as Homer.

One of his choices is Gritty, except he's purple and wearing a green jersey.

Remember Barney? This is him now.
Feel old yet? @TheSimpsons pic.twitter.com/o3EhiDEySz

Of course, Gritty responded to the cameo on Twitter.

"Remember Barney? This is him now. Feel old yet?"