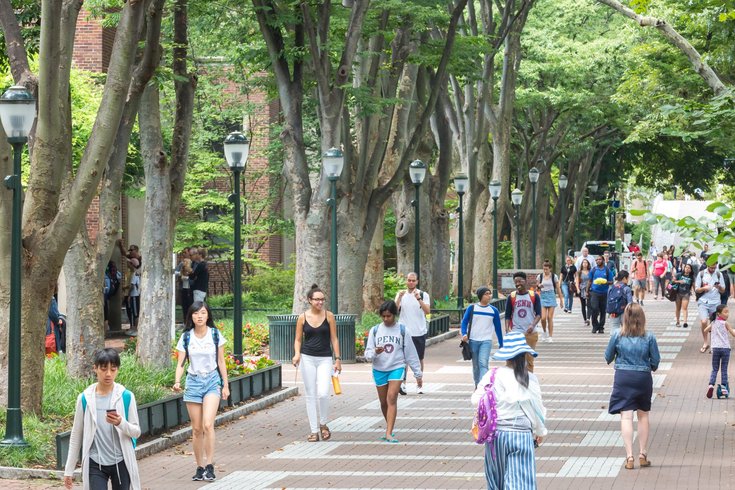 Students walk around the campus of the University of Pennsylvania. Researchers at the school will spend the next two years examining hot spots of gun violence around the country in an attempt to highlight effective firearm policies.

Researchers at the University of Pennsylvania received more than $700,000 in grants to study gun violence "hot-spotting" across the country, the National Collaborative on Gun Violence announced Thursday.

The grant comes as one of 17 awarded by the NCGV, totaling nearly $10 million in total grant funding. Thirteen grants are funding research projects, and four are funding dissertations.

Penn's research will be led by Douglas Wiebe, a professor of epidemiology at the university who has studied firearm violence and policy for the past two decades. Wiebe will explore how state and county firearm mortality rates have changed, both over time and place, when compared with changing gun policies.

The goal of the project is to identify counties, across the country, that have proven to be outliers in gun-related mortality rates, and to ultimately identify gun policies from across the country that help reduce firearm mortality, according to the NCGV.

“America needs evidence-based answers on the causes of gun violence and how to prevent it,” Andrew Morra, NCGV director, said Thursday. “These research projects, selected first and foremost for their rigor, will generate evidence for informing policy that protects the public and preserves the rights of responsible gun owners.”

Wiebe's project is expected to be completed by mid-2021.

Penn receives the grant at a notable time in Philadelphia's own fight against gun violence. Democratic state representatives held a policy hearing Tuesday in University City, blocks from Penn's campus, to address a recent increase in the city's gun violence. Police figures released this week showed the city's homicide count at 182, up from last year's mark at the same time.

On Wednesday, Philadelphia City Council discussed a potential bill that would prohibit gun possession in parks and at recreation centers in the city.