Here's the 12 best local car commercials of the past decade

These spots stand out from the advertising crowd, for better or worse 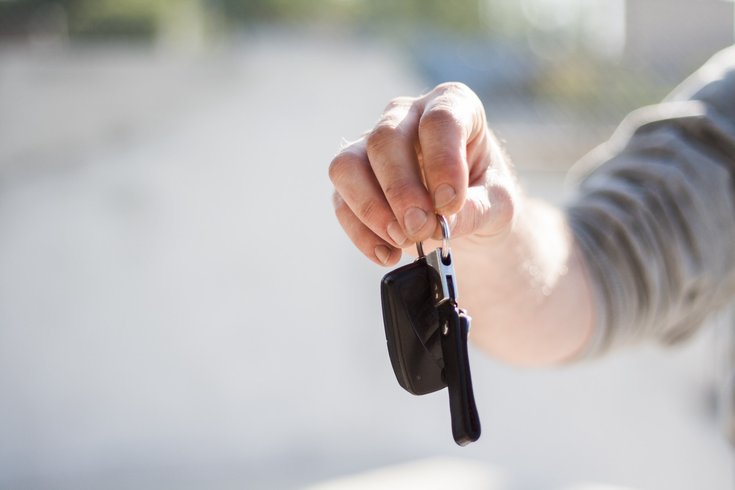 Getting the keys to a new car.

I have a couple beefs with the technological advances of the past couple decades.

For one, caller ID and *69 did considerable damage to the art of crank calling. Also, for all their benefits, DVRs and the ability to fast-forward through programs has made it a bit more difficult to seek out and relish low-quality local TV commercials.

Sure, sure. Those pale in comparison to all the privacy concerns and whatnot, but the latter has made it more difficult to catch those cheesy car-dealership commercials that have graced the airways since the days of rabbit-ear antennae. (S/O to Southside Mitsubishi.)

There are many, many car dealerships in the Delaware Valley. Some are looped in to national ad campaigns with a local tag at the end. Others rely on customer testimonials, recognizable songs (with tweaked lyrics), the troops, Sam Elliott sound-alikes (wait, is this actually him?) or pretty ladies to catch your eye.

Those don’t stand out from the crowd. But these examples below did. (Caveat: This is not an endorsement urging you to go buy a car today; rather, it's a celebration of the ads that try to get you to do so.)

With no further ado, the 12 best (or worst, depending on your disposition) car commercials from the area in recent years. Some graced the airwaves and some were direct to online video, but all are special.

Did we miss any? Hit me us up via email or in the comments.

Philadelphia Eagles defensive end Vinny Curry busts up the lot at Woodbury Nissan years before his his Eagles teammate Brandon Graham did the same to Tom Brady in the Super Bowl.

See also: Former Flyer Scott Hartnell's "spot" for Cherry Hill Audi: which was a parody, of course, but entertaining all the same.

Koons Automotive doesn’t have much of a local presence. I mean, there’s one on a Philadelphia Road in White Marsh, Maryland and – more pertinent – Koons Lexus of Wilmington, Delaware. Because of that latter location, this skiing-inspired spot grabs a mention. (Honorable mention: Christmas caroling.)

Steve Silverio’s “Do the Deal” slogan for Gordon Chevrolet (on the Boulevard) is one of those earworms that slides into the head like those creatures in Star Trek II: The Wrath of Khan and doesn’t let go. So does the dramatic narration.

This list was inspired by Rolls Auto Sales in Northeast Philly’s recent spot. It’s not so much steeped in ridiculousness as the smoove presentation of the frontman.

This isn’t so much a commercial – at least a vibrant one – but this spot for Family Chrysler Dodge Jeep Ram is true to the spirit of local car commercials. (Full disclosure: They’ve since stepped up their game.)

Sure, this ad’s from 2013, but 2018 is a World Cup year. As such, a low-tech soccer-juggling graphics flat-out rule. Muy bien, Mall Chevrolet in Cherry Hill. Muy. Bien.

Mall Chevy gets a double dip here thanks to these bros in the snow.

The year was 2009, and Kerbeck Corvette of Atlantic City broke out its tap shoes.

Burlington KIA appropriates Dos Equis’ “Most Interesting Man in the World” gimmick to the best of its ability. He actually surfs atop a car and eludes a dinosaur’s bite. Impressive.