Author Tee Franklin is now on tour in Philly 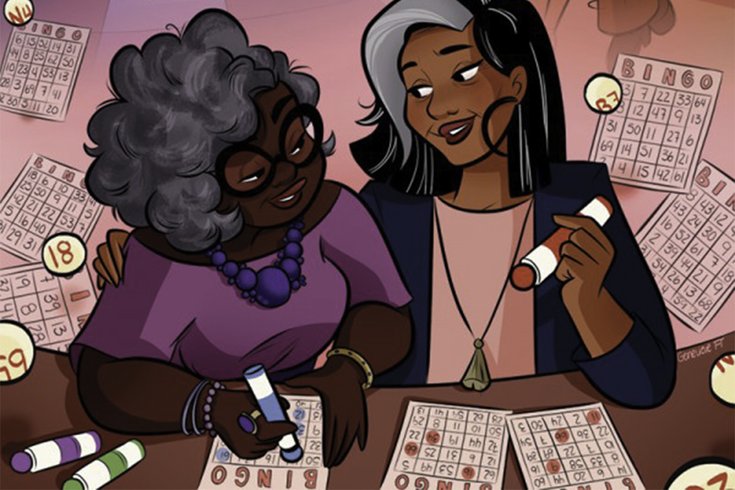 The book is officially on sale Feb. 14 in comic shops Feb. 20 everywhere books are sold.

Bingo Love is a story unlike any other, both on the page and behind the scenes.

The story is of two black women who reunite years after their initial love affair – when both have children, grandchildren and other extended families to deal with.

Writer Tee Franklin did not foresee any major comics publisher dealing with the subject matter and decided to fund her project Kickstarter. It was so successful and generated so much buzz that it is now being published by Image Comics.

Franklin is doing a nationwide tour to promote the project, and that tour begins right here in Philly. Franklin recently spoke with PhillyVoice about the book and why she's starting her tour in the City of Brotherly Love.

"Bingo Love arrives in comic shops on Valentine's Day, but I will be on the West Coast for a week and wanted to do a signing on the East Coast before I left," said Franklin.

"Why Philly first? It just worked out that way. It's the only time Ariell [Johnson, Amalgam's owner] could fit me in. Otherwise, we'd be looking at the end of March or early April."

Franklin briefly described the book's journey from idea to reality.

"Bingo Love was inspired by a commercial that I saw," she said.

"I knew that due to the subject matter – queer, black, seniors – that mainstream publishing wouldn't be interested in having this book on their roster. So, I decided to create a Kickstarter and ask for the public's help in bringing Bingo Love to life."

"The Kickstarter raised almost $60,000 and Image then approached me to publish the book, which would allow it more easily to get into comic shops and bookstores."

Franklin explained her hopes for the book and why she feels this was a story that needed to be told.

"The LGBTQ youth need to know that happily-ever-afters aren't just for straight people. Everyone is allowed to be happy, to fall in love and to ultimately get their happy ending."