Here's the lie that whisked Will Smith out of Philly, into 'Men in Black'

Director pulled a fast one to land his actor of choice 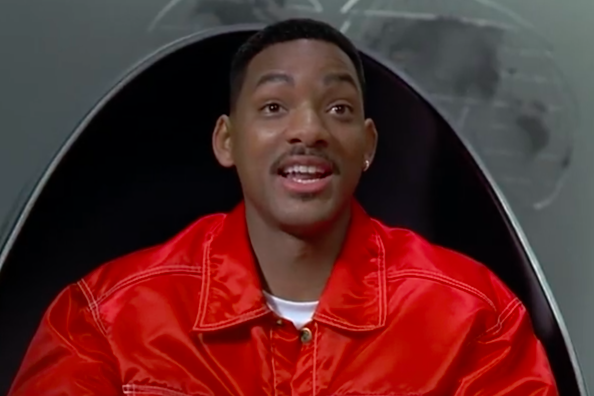 Will Smith mocks Zed before exam in "Men in Black."

The ascending arc of Will Smith's film career is almost impossible to imagine without the mass appeal of his upstart role in "Men in Black," the perfect follow-up to his big-screen breakout in "Independence Day."

Casting Smith seems like a no-brainer in hindsight, but had it not been for the maneuvering and deception of director Barry Sonnenfeld — now the mind behind Netflix's adaptation of "A Series of Unfortunate Events" — Smith would never have become Agent J.

To mark the anniversary of the film's 1997 debut, The Huffington Post sat down with Sonnenfeld to discuss some of the trivia of his career and the tough casting choices he's had to make. One of those binds came over a conflict with "Men in Black" producer Walter Parkes, the president of Stephen Spielberg's Amblin Entertainment.

Parkes was pretty much set on casting Chris O'Donnell, who had built a name for himself as an action star playing Robin in "Batman Forever" and "Batman and Robin." Previous roles in "Scent of a Woman" and "Three Musketeers" also gave him a stellar reputation among producers. The only problem was that Sonnenfeld had his mind set on Will Smith.

″[Spielberg] told me I had to go to dinner with Chris and convince Chris to be in the movie,” Sonnenfeld recalled. “But I knew I wanted Will Smith, so I told Chris that I wasn’t a very good director and I didn’t think the script was very good and if he had any other options he shouldn’t do ‘Men in Black.’ He let it be known the next day that he was not interested.”

Sonnenfeld gladly trashed himself and the script in order to make a push for Smith. He even arranged for a helicopter to pick the actor up from a wedding in Philadelphia and take him to New York, where he would meet with Spielberg and secure the role.

Three films and dozens of soundbites later, Smith still makes it look good in a way no one else could have nailed. Lord knows it was for the best that David Schwimmer also turned down the role.

For a movie with a budget of $90 million, it's hard to argue Smith's goofy defiance wasn't crucial to "Men in Black" drawing $589.4 million at the box office.

It was well-worth getting puked on by a squid.