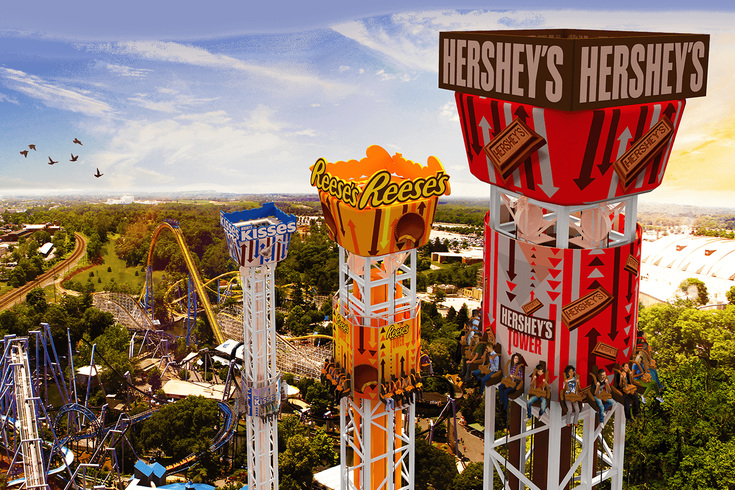 Over the past month or so, Hershey Park has been teasing the unveiling of a new mystery ride set to premiere in 2017. There were several mind-boggling clues along the way, but we were too boggled to keep up with all that and now the wait is over. 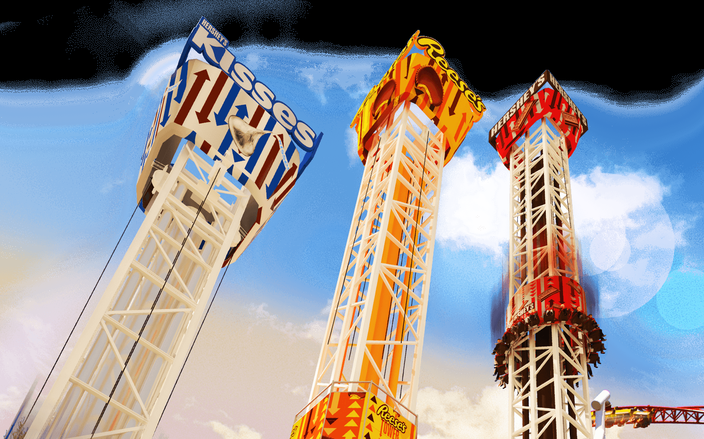 To make way for the new rides on Kissing Tower Hill, the park will move Frog Hopper and Convoy to another section of the hill and Red Baron to an entrance across from the Boardwalk. Flying Falcon will be removed from the park altogether.

Triple Tower is expected to be completed in the winter and ready to go for the 2017 season.