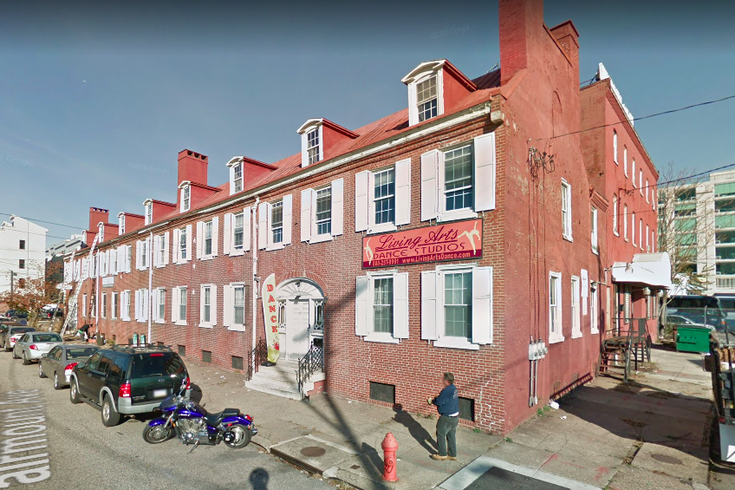 Pictured are the rowhomes at 81-95 Fairmount Avenue.

A Pennsylvania court has denied a developer's request to revoke the historic designation of a set of Philadelphia rowhomes.

In a decision issued Monday, a panel of Commonwealth Court judges shot down an appeal from VMDT Partnership, affirming a trial court's decision in favor of the Philadelphia Historical Commission, which gave the designation to the properties at 81-95 Fairmount Avenue.

Oscar Beisert, a prolific preservationist in Philly, nominated the homes for designation in 2015. The houses were nominated because for their Federal-style design, which was popular in the late 18th century and early 19th century. VMDT argued that a series of altercations to the buildings in the 1920s had essentially destroyed their historical value.

RELATED: What are the origins of the Philly rowhome?

If the Philadelphia Historical Commission is considering designation of a property, or ultimately designates a property, no alterations can be made to the buildings without the commission's approval. It's not clear what VMDT wants to do with the properties, but a petition in favor of designating the homes claimed VMDT wanted to put an auto dealership at the location.

The proposed designation came before the commission in 2016. A vote to deny the nomination because it didn't meet specific criteria ended in a 4-4 tie. Then, a vote to accept the nomination failed, 5-3. Another vote to strike specific parts of the nomination also failed after another 4-4 tie. To wrap it all up, the Commission voted in favor of a motion that essentially said they had not taken any action on the nomination, that it was still pending and back on the Commission's agenda.

After being reconsidered in November 2016, the commission ultimately voted in favor of designating the homes after revising the nomination by a vote of 5-3. VMDT filed an appeal, claiming that the previous votes should have counted as a denial and that the commission's jurisdiction over the properties was vacated.

A trial court ruled that the commission's two tie votes equated to a refusal to take action, and the original vote against the nomination wasn't a final action because the nomination had been modified by the time it was eventually approved.

A panel of seven Commonwealth Court judges agreed. In Monday's decision, Judge Michael Wojcik wrote that VMDT's claims were "meritless." He noted that the commission's rules allow it to reconsider a nomination after it's been revised, and that the commission retained jurisdiction when it previously voted in favor of not yet taking final action on the designation.

An email to VMDT's attorney was not immediately returned Tuesday morning.