Historic Latham Hotel to be converted into residential building

Building at 17th and Walnut streets to return to original use 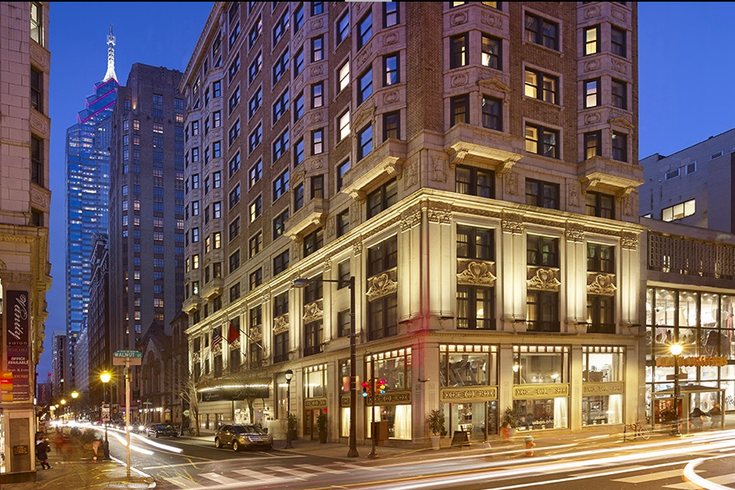 The Latham Hotel was purchased by Pearl Properties with a plan to turn it into an apartment building.

The historic Latham Hotel on 17th and Walnut streets will return to its original use as an apartment building after real estate firm Pearl Properties confirmed its purchase of the 14-story building near Rittenhouse Square.

Constructed in 1907 as an apartment building, the Latham was converted into a hotel in 1970 and later listed on the National Register of Historic Places, Curbed Philly reports.

James Pearlstein, the owner of Pearlstein Properties, confirmed to PhillyMag that the Latham will close Monday, November 9, and will become 144 rental apartments. The purchase is the latest in a series of Center City acquisitions by Pearl, including the tower at the site of the Boyd Theater, 1900 Chestnut, and the current house of the Art Institute of Philadelphia at 1618 Chestnut Street.

According to The Philadelphia Inquirer, the conversion is expected to be complete by summer 2016 and will include retail space on the ground floor and mezzanine level. Apartments will be on the third floor and above and a new restaurant will likely replace the current wine bar Urban Enoteca.

The Latham Hotel, last acquired by Ocean Properties in 1995, underwent a multimillion-dollar renovation in 2011. The sale to Pearl is reportedly a response to increasing competition in the area, including the Hotel Palomar and several newcomers on the horizon, such as the Hyatt Centric, the SLS, the W, and a Four Seasons to be housed in the Comcast Innovation and Technology Center.

Once converted, the building is expected to hold 144 residential units. It is not yet known whether the building will retain the Latham name.