Those ages 40 or younger, who are female or of Asian or Pacific Islander ethnicity are at the highest threat 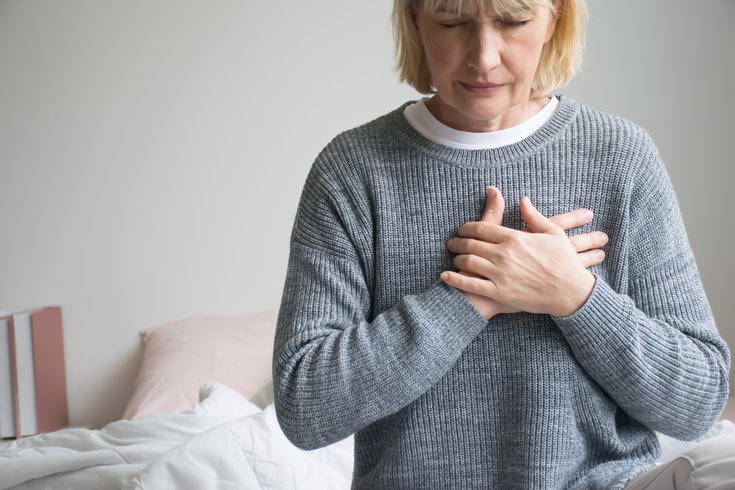 Preliminary data suggests that HIV may have a greater impact on women's cardiac function than on men's, in part because of hormonal regulation and more impairment of the heart muscle.

According to a new study published in the journal Mayo Clinic Proceedings, an HIV infection is associated with an increased risk of heart failure.

Previous research has shown that people with HIV are at greater risk for cardiovascular disease, but this is the first study to suggest that this risk also "extends to end-stage conditions such as heart failure," Michael J. Silverberg, a research scientist and HIV epidemiologist at the Kaiser Permanente Division of Research said in a statement.

People with HIV were 68% more likely to develop heart failure than people who didn't have it. Those who were ages 40 or younger, female or of Asian or Pacific Islander ethnicity were at the highest risk.

Preliminary data suggests that HIV may have a greater impact on women's cardiac function than on men's, in part because of hormonal regulation and more impairment of the heart muscle, explains Dr. Alan S. Go, a senior research scientist at Kaiser.

The study also showed that all the patients were receiving the highest-quality of care, so access to care was not an issue. It also didn't appear to be because people with HIV had more risk factors for heart disease or because they were experiencing more heart attacks.

Dr. Go said that there was a higher prevalence of cardiovascular disease risk factors among those without HIV.

The researchers said it is important that people with HIV and their health care providers be vigilant about the early signs of heart failure such as shortness of breath, fatigue, leg swelling, coughing and chest pain.

“HIV patients often receive all of their care in busy HIV primary care clinics, and it is possible that signs and symptoms of heart failure may be missed, resulting in delays in treatment,” said Silverberg. “An early study from Kaiser Permanente Northern California was among the first to show that people with HIV are at higher risk for cardiovascular disease."

“So, we’ve been aware of the heart problems in this setting for a long time, and our patients have received excellent preventive care," he added. "Despite that, we are still seeing a higher risk of heart failure, and we need more research to understand why so we can intervene earlier.”

In 2019, there were 18,306 people living with HIV in Philadelphia, according to AIDSVu.

Because of advances in treatment, people with HIV are living longer, but they are also experiencing heart disease and its complications at a faster rate than people without an HIV infection, according to Johns Hopkins cardiologists.

Researchers there found that men with long-term HIV infections are at higher risk than uninfected men of developing plaque in their coronary arteries, regardless of other coronary artery disease risk factors they may have. They were also at increased risk for having a heart attack.

Another Johns Hopkins study found that even if their coronary arteries had not yet developed plaque, the arteries of people with HIV were very sensitive to stress. Their abnormal reaction to stress was similar to the reaction of people with severe coronary artery disease. This can also be a predictor of future heart attacks or even sudden death.

While it is not completely clear why people with HIV have a higher cardiovascular risk, research suggests that it could possibly be because they have higher levels of inflammation, even when their levels of HIV are undetectable in the blood.

Traditional risk factors such as cigarette smoking, diabetes and metabolic syndrome are also common among people with HIV. Along with low T cell counts, some HIV therapies have also been independently associated with an increased risk of cardiovascular disease, research published in nature shows.