'I couldn't be happier that I beat Harambe,' says winner of a rather unique Philadelphia primary 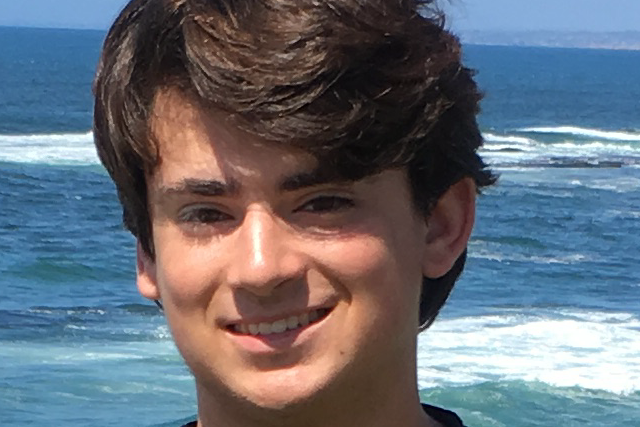 With two write-in votes, Matthew Clewley defeated the late Harambe in a primary for a Republican ward executive committee position in the May 2018 elections.

During last week’s review of write-in votes from Philadelphia’s May 15 primary, one peculiarity stood out.

In the (opposite of) heated battle for two Republican ward executive committee spots in Powelton Village (Ward 24, Division 10), a Drexel student by the name of Matthew Clewley narrowly defeated the late Harambe by two votes to one.

A stunning victory for the “every vote counts” mantra (not to mention the unexpected merits of writing your own name in as a candidate on Election Day), it also raised a few questions.

Those whittled down to whether Clewley would be granted the position. Also, what did he think about defeating the gorilla shot to death two years ago Monday to ostensibly save the life of a three-year-old boy who fell into the Cincinnati Zoo’s gorilla enclosure.

While PhillyVoice was unable to track down Clewley before the initial story ran, his email response arrived on Saturday night of Memorial Day Weekend (and was confirmed via phone call that same evening.)

In that call, he shared that some portions of his response were written in tongue-in-cheek fashion, and made some important clarifications to the information that was previously available about him.

With no further ado, the slightly redacted version of the winner’s email response (with the awesomest quotes bolded):

This is regarding your recent article in PhillyVoice. I won the election in the Powelton Village Ward District you mentioned in the article. I'm a Drexel University student. I am actually not in San Diego currently, and I should make that clear on my LinkedIn (though that's where I am from originally.)

I couldn't be happier that I beat Harambe.

Everyone pretends as if gorillas are people, but they're not. They are wild animals, and Harambe was totally justified in being killed, as he was endangering a human life.

I never cared that much about Harambe anyway, and could beat the crap out of him in a fistfight any day of the week. I don't know who "Gauriel Blaxbery" is, but he sounds like a loser, just like Hillary Clinton, and could never win in a fight against Harambe (of that I'm sure.)

Bold words. The kind of energy the GOP needs in Philly, if you ask me.

On Monday, City Commissioner Al Schmidt shared that the primary in this case is considered a final election. (It was a race for a party position, so no Democrats or Independents are waiting in November.)

City election officials take the votes cast on the machine for on-ballot candidates (there were none in this case), transcribe the write-ins and look those names up to confirm whether they're registered in that division and party. 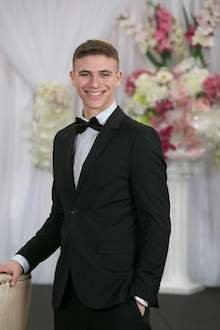 Gavriel Blaxberg, a student at Drexel University, wrote himself into victory.

Should a candidate pass muster (Clewley does, Harambe does not), a certification is mailed out to their address stating that "you won this position in this division." (That will happen today and Wednesday.)

Though election officials cannot deny a winner based on registration status alone, ineligible write-ins do not receive such a certification, Schmidt shared.

"Harambe will show up as 'void' (vote) despite the fact that he was a monkey that's not registered to vote," he said, noting that the one-name vote renders him ineligible also. (Cher couldn't win an election in Philly unless her voter-registration identifies her solely as Cher, by way of example.)

On Wednesday, election officials will meet for a process called "consolidation," which Schmidt used an analogy to describe: If a Vickie Smith got five votes, Victoria Smith one and V. Smith another one, they'll need to determine whether anybody else in the division is named, for example, Victor Smith, or if that vote was meant for Vickie.

Any ties would be settled this upcoming Friday; there are no ties in this race, though.

While ballot privacy is of the utmost importance to the American fabric, we heard over the weekend from the man who claims responsibility for these votes.

@BrianPHickey nice article about the write ins for the Republican ward executive committee seat. It seems I was the only one who wrote in creative suggestions. Glad you enjoyed them😅 #Harambe

It was through this exchange that we learned "Gauriel Blaxbery" was the voter himself: Gavriel Blaxberg. As such, the primary day creativity (and poor penmanship) of Blaxberg, also a student at Drexel, was responsible for this predicament.

That was an important revelation insofar as election officials now could confirm Gavriel Blaxberg and determine that he, in fact, finished second in a two-candidate race to Clewley. (They'd already done so via contacting Republican officials in that ward.)

This week, certifications will be sent out to both Clewley and Blaxberg notifying them of their stunning victory.

Yes, Blaxberg voted himself into elected office, and he said his friend did the same. He noted that Clewley joined his fraternity – Alpha Epsilon Pi – this winter. (Blaxberg's on the executive board; Clewley is now a brother.)

Here's what he offered by way of a victory statement on Monday morning:

My name is Gavriel Blaxberg, and I am officially an elected government official in the state of Pennsylvania.

How does this happen?

On May 15, like every good citizen, I went to vote.

When it came time to vote for the Republican ward executive-committee seat in Powelton Village, I noticed nobody was running.

Like any ambitious college student, I wrote in my own name (and Harambe, but that's another story).

I received a call today that I was one of two people to write in (the other is a friend who wrote in their own name) and, by default, we have been elected to the ward committee for Powelton Village.

And that is how I voted myself into office.

I look forward to a glorious two-year term.

In review, two Drexel students who wrote their own names in for an uncontested seat in Powelton Village both won an election in Philadelphia this month.