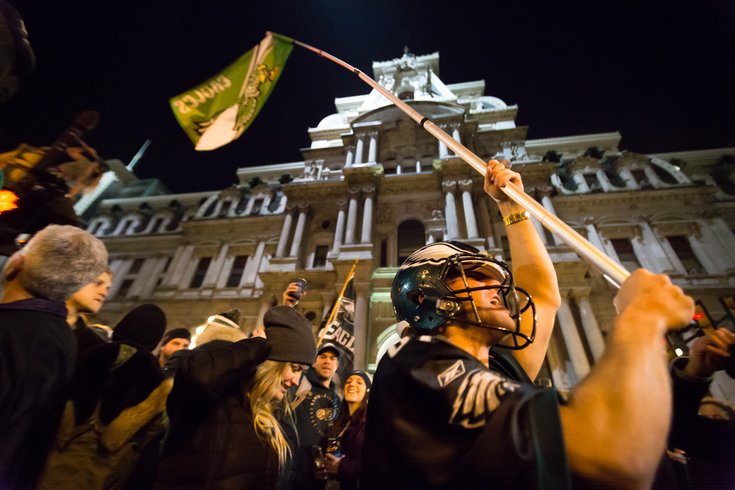 Ideally, every Philadelphia Eagles fan would be able to make it to the city for Thursday's  Super Bowl parade. Obviously, that won't be the case.

For every Birds fan who can't be in Philly for the celebration, we've got you covered. PhillyVoice will be covering the parade live all day on Thursday.

Additionally, a number of media outlets and other sources are streaming live video of the Super Bowl parade. Below are links to that coverage. The parade begins at 11 a.m. in South Philadelphia.

All the local news stations are livestreaming the parade on Facebook and their respective websites. Those video streams are embedded below along with links to each station's website:

The new live camera set up on top of the Franklin Institute will be a good way to catch the craziness along the Benjamin Franklin Parkway. The camera, set up by EarthCam, provides a live, 24/7 look at the Parkway. If you just want to witness the crowd without the frills of TV, this is a good option. The camera is live now and can be found here.

The YouTube account WhyHelicopter ?? has been live streaming footage of the Ben Franklin Parkway and immediate surrounding area since about 9 p.m. Wednesday. The stream is broadcasting images from multiple cameras and appears to be a compilation of Philadelphia police cameras and other video streams from the parkway. Watch this footage here.

NBC Sports Philadelphia will be airing live coverage of the parade starting at 5 a.m. Starting at 10:30 a.m., Ray Didinger, Michael Barkan and Barrett Brooks will begin hosting from the Art Museum, where the parade will finish. Reporters will be stationed along the parade route.

The channel will then replay the parade for 24 hours starting at 6:30 p.m. Thursday.

If there are any livestreams missing from this list, please let us know and we can add them.