The Category 2 storm is moving north after pummeling Bahamas, and is expected to travel off the coasts of Florida, Georgia and the Carolinas 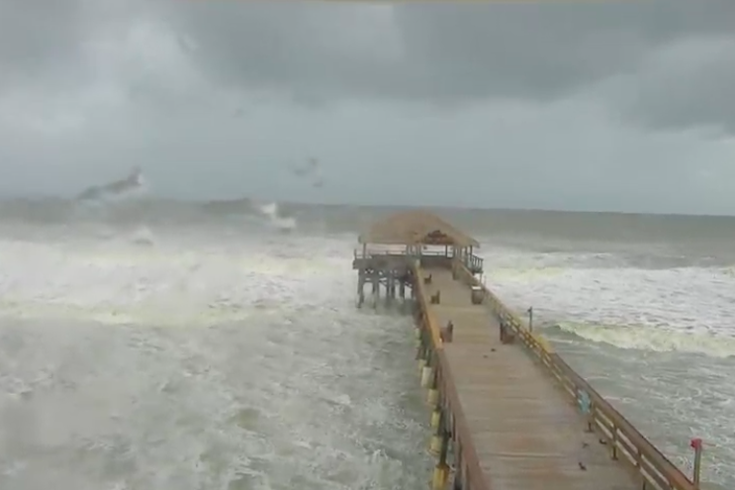 After pummeling the Bahamas with high-speed winds and unyielding rain, Hurricane Dorian is finally inching up toward the eastern coast of Florida.

The storm, a Category 2 hurricane as of Tuesday morning, is expected to be traveling parallel to Florida’s coast by Wednesday, according to the National Weather Service.

Hurricane Dorian made landfall in the Bahamas as one of the most powerful Atlantic storms on record. The New York Times reported emergency offices have received hundreds of "frantic calls" from residents stranded on rooftops and in attics. Very early reports are that at least five people have died in the Bahamas, according to the Associated Press.

Evacuations have been ordered in parts of Florida, Georgia, and the Carolinas as tornadoes, thunderstorms, and  dangerous winds and life-threatening storm surges are expected to infiltrate those areas through Thursday night.

The threat of flash flooding along the Florida peninsula will increase Tuesday night and into Wednesday, NWS said, before extending to the Southeastern and Mid-Atlantic state during the middle and latter parts of this week.

Live streams along the Florida coast are capturing the high-speed winds and waves.

A live stream from Jacksonville, Florida, which is located on the northeastern-most tip of the state, is being monitored at this time to track the trajectory of the hurricane.

It looks like Philly will get hit with some rain from the storm, mostly starting on Wednesday and into the weekend, according to the NWS.