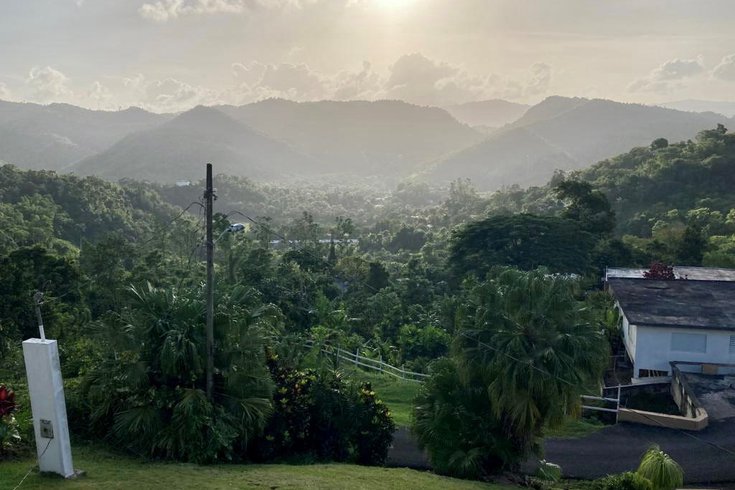 Thousands of Puerto Rico residents are without power in the wake of Hurricane Fiona, which made landfall Sunday. Pennsylvania and New Jersey have joined federal relief efforts.

At least four people have died in Puerto Rico after Hurricane Fiona made landfall Sunday on the U.S. territory, knocking out the island's main power grid and causing significant damage to the area's infrastructure.

Hurricane Fiona is moving into Bermuda and then Canada as a Category 4 storm, according to the U.S. National Hurricane Center. With Puerto Rico facing major damage and continued power outages, state officials in New Jersey and Pennsylvania are joining the federal government in sending aid to the island.

New Jersey is preparing to send 74 state troopers and one civilian doctor to support the Puerto Rico Police Bureau, Gov. Murphy said Thursday. When they arrive, they will deploy to Vega Baja, a town on the coast of north central Puerto Rico.

The state's All-Hazards Incident Management Team will work directly with FEMA to provide relief. The team consists of 12 members from several state departments. The aid is provided by the Emergency Management Assistant Compact, a mutual aid agreement that allows states and territories to share resources in response to disasters.

"Our hearts and prayers are with the people of Puerto Rico during this devastating time," Murphy said. "New Jersey knows all too well the devastating effects hurricanes can bring to communities and we will do what we can to support Puerto Rico in its time of need."

Portions of the New Jersey are still recovering from the impacts of Hurricane Ida, which made landfall on Sept. 1, 2021, causing tornadoes and major flooding throughout most of the state last fall, before heading to Pennsylvania.

Pennsylvania will send two members of the state's search and rescue task force, Gov. Tom Wolf said Sunday. The members will serve with the federal Incident Support Team and are prepared to remain in Puerto Rico for up to two weeks.

The state's Emergency Management Agency is also monitoring the EMAC system for requests for assistance, and is prepared to send additional relief if needed.

Hurricane Fiona has left almost the entire population of Puerto Rico without power and flooded parts of the island.

The island still hasn’t recovered from Hurricane Maria in 2017. pic.twitter.com/7S6XKXDYyF

Damage assessments are being made in other areas, and the federal government could expand aid in the coming days as other parts of the island continue to be impacted.

How to support the relief and recovery effort in Puerto Rico

Thousands of residents in Puerto Rico remain without power, water, food and other supplies. There are plenty of ways for people in Pennsylvania and New Jersey to support Puerto Rico as it begins to recover from the impacts of the storm.

Unidos PA'PR, a coalition of 40 organizations that raised support for Puerto Rico after Hurricane Maria killed 3,000 people in 2017, is again raising funds to help stabilize life for people impacted by the storm.

Taller Puertorriqueño, a Philly-based community organization that supports the preservation of Puerto Rican and Latino arts and culture, has set up a relief fund. The group has raised more than $4,000 toward ints $20,000 goal.

The federal government has set up a website for residents in Puerto Rico to check on the restoration of lifelines including power and water.