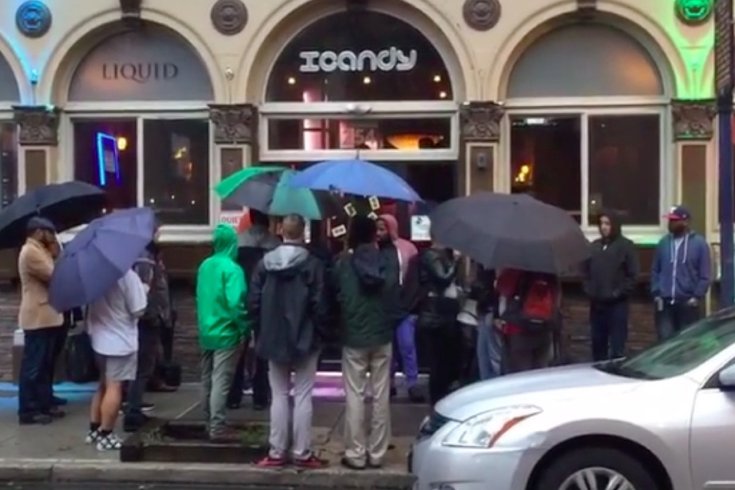 The owner of a popular nightclub in the Gayborhood section of Philadelphia issued an apology Thursday after a video surfaced showing him making a racial slur.

Darryl DePiano, owner of ICandy, admitted in a Facebook post that he is the person depicted in the video. DePiano also claimed that the video was recorded "about three years ago."

"Although, I acknowledge that this type of language and action are never acceptable it truly does not reflect my true feelings. It is never ever, ever OK to refer to anyone in this manner, but I did make this comment, and I have grown since then to be understanding and respectful to each and every individual. As many of you know, I am always striving for diversity, and always willing to listen, learn and grow myself, my business, and my team." DePiano wrote.

The apology came hours after the video was published on Medium. DePiano is heard saying the N-word multiple times as he is sitting at the bar, according to the report.

(Warning: The video contains language that may be offensive to some viewers.)

In the 21-second video, only three voices are heard (transcript via PhillyMag).

Guy No. 1: (laughs) “There you go, and he was definitely your real boyfriend. All three of them that ask you for drink passes are n------.”

This incident is the latest in a number of discriminatory practices that have been reported to the Philadelphia Commission on Human Relations (PCHR) and the Office of LGBT Affairs. City officials called the incidents "offensive and appalling" as they announced a public meeting will be held on Oct. 25 to address the matter.

“Consistent with our authority, we are holding a public hearing to provide members of the LGBTQ community a forum to speak about their experiences with racism and discrimination in the community," PCHR Executive Director Rue Landau said. "The commission will gather information on bias incidents and discriminatory practices and make necessary recommendations for improved race relations in the LGBTQ community.”

ICandy is still open for business, but protestors organized by the Black and Brown Workers Collective have gathered in response to the video.