Extent of damage unknown at Gregory's 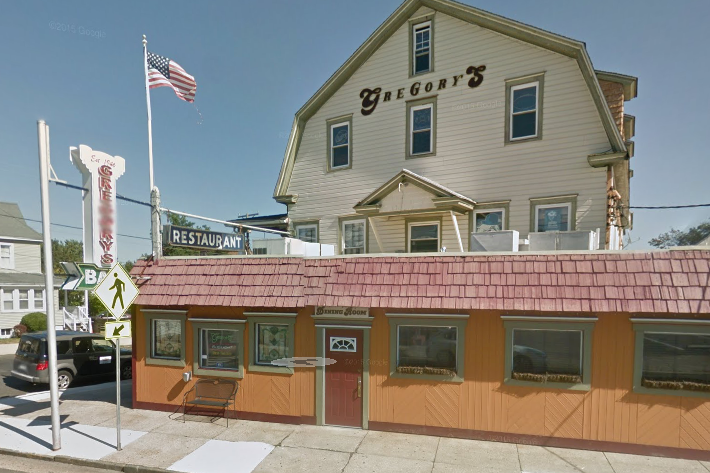 The alarm sounded at 7:03 a.m. this morning and soon went to a second alarm.

The fire blocked Shore Road, where the bar has operated since 1946, for more than an hour.

Police said the blaze is under control and clean up is continuing, but did not have details about the extent of the damage. A call to the volunteer fire department was not immediately returned.

The owner, Gregory Gregory, said the fire was contained to the kitchen on a shelf holding taco shells -- one of the bar's staples.

The back wall behind the shelf is tiled, which helped to contain the fire, said Gregory.

The bar is known for taco nights, snapper soup and other food promotions and is favorite among locals and visitors.

Gregory said there was no apparent structural damage, but he is unsure how long the kitchen will need to stay closed. He praised the response of the town's fire companies for keeping the fire contained.

He hoped to have the bar open later today as Somers Point is hosting the Good Old Days Festival, which brings crowds to the bayside town, which is across from Ocean City.

In 2011, a car crashed into the entryway, closing the building for repairs and killing the father of two girls. The drunk driver got a 29-year term.