Imposter pastor charged with trying to scam PECO out of $183K 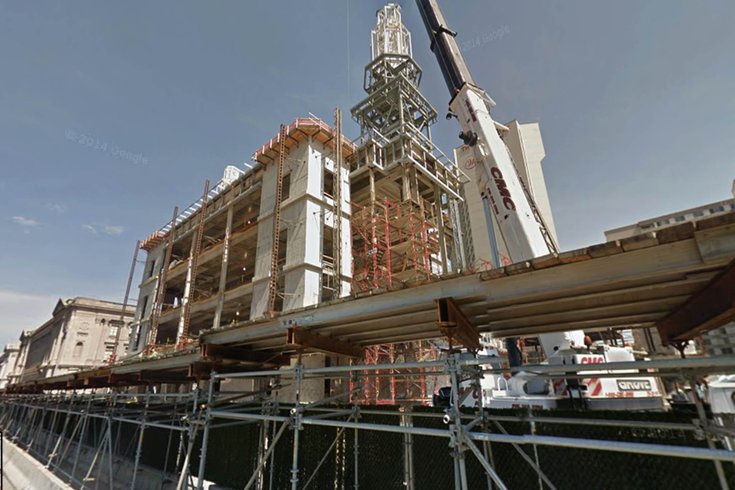 Construction continues on the Mormon cathedral in Center City in this Google StreetView photo from June 2014.

A Philadelphia man was arrested on Sunday after pretending to be a man of the cloth in an attempt to fraudulently cash a check for more than $183,600.

Law enforcement officials took Mark Postell, 52, of Philadelphia, into custody for allegedly impersonating a pastor with the Church of Jesus Christ of Latter-day Saints in an attempt to cash a refund check that was issued to the church by PECO on April 28, according to Patty Hartman, a press spokesperson for the U.S. Attorney's office in Philadelphia.

The check was sent to the address of a construction site on Franklintown Boulevard, where the church is building a new cathedral, court documents noted.

According to the U.S. Attorney's office, Postell allegedly attempted to cash a check for $183,698.82 – sent to the church to correct an overbilling by PECO – at a check cashing store and told the owner that he was a pastor with the church, that he lived at the address on the check, and that he was authorized to cash the check.

Law enforcement officials said none of Postell's claims were true.

According to court documents, law enforcement officials note that Powell's alleged crimes came to light when, in April, authorities with the church told PECO they had not received the check.

Postell has been charged with wire fraud and, if convicted, he faces a maximum possible sentence of 20 years of in prison, and along with three years of supervised release, he would be required to pay full restitution, as well as a $250,000 fine, and a $100 special assessment fee.