Philadelphia's second straight 50-win season is still favored to happen, but it will have to wait until at least Wednesday to be completed. Here's what I saw.

• The Sixers were, on the whole, pretty miserable against Dallas on Monday night. The one bit of comfort you should take from watching that game is that the three guys who the Sixers really need to show up in the playoffs did so quite emphatically.

And the trio of Tobias Harris, JJ Redick, and Ben Simmons got their work done in very different ways, as always. The Sixers ran a ton of offense through Harris with bench lineups on the floor, letting him go to work all over the place. Simmons played with aggression and willed himself to the line all night, something we don't often see him do. And Redick lit it up as a shooter during dull periods for the offense and was basically the only guy who could get it going from deep on any level.

On a full strength team, those performances would have mattered a bit more. As we discussed earlier Monday, the end of the NBA's regular season sucks.

• Zhaire Smith got to play, which I guess was pretty cool for him. A shame it had to happen because his teammates were getting sautéed for two and a half quarters, but what can you do. Here's an honorary star for him. 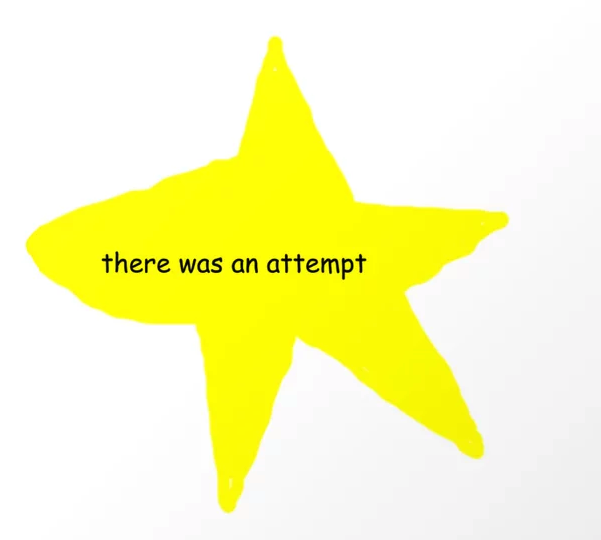 • Folks, the only April Fools on Monday night were the people who watched this game.

So, me and about 25 of you poor souls out there. I am truly sorry you sat through this game.

• Joel Embiid and Jimmy Butler are major, major pieces to replace for these Sixers. No one denies that fact. But to come out and absolutely get your ass kicked for an entire half by the Dallas Mavericks, without Luka Doncic? That's absolutely preposterous.

The three-man trio of Redick, Harris, and Simmons had a combined 42 points at the end of the first half. On a team that shared the basketball and created a ton of open looks for the role players, that should have been more than enough to head into the locker room feeling good about yourselves. Spoiler alert: the Sixers were down 18 effing points at halftime after going the final 8:22 without a field goal on offense.

Philadelphia made major moves this season to improve their top-end talent, but their bench remains an absolute dumpster fire. They have no isolation scoring juice, their spot-up shooting comes and goes, they don't force turnovers, they don't even offer much resistance on the defensive end. It's easy to write this off during the regular season and it's a lot less glaring when the star talent is actually healthy, but pretty much every team the Sixers will play in the playoffs is deeper than they are.

That is a problem no matter how good the top guys are. Elite teams will shred bad players in the playoffs, and dare any bad player you put on the floor to beat them.

• Embiid's absence (and Butler's, to a lesser extent) shows how miserable of a defensive team these Sixers can be. Ben Simmons can try as hard as he wants and switch across different players, but he's surrounded by an army of traffic cones when the aforementioned duo doesn't play. Tobias Harris is slightly above that designation, but even he is not adding much value to the overall equation.

You can play relatively conservative defense if you hug shooters and don't give up open looks. You can be aggressive and blitz, leading to some occasional open looks for the other team, if you create enough turnovers to justify that style. The Sixers somehow manage to get the worst of both worlds, surrendering open looks while ranking near the bottom of the league in turnovers forced.

They will hope their starting five can carry them in the playoffs, but they will need to do quite a lot to make this thing work.

• Recent nights have shown why you might want to give guys like Shake Milton a chance to earn a real contract and thus a spot in the playoff rotation. Monday night vs. Dallas is exactly why coaches are hesitant to trust young players when it matters.

Milton has flashed some great offensive skills, but rookies are prone to wild swings in effectiveness. He was on the negative side of the spectrum against Dallas, failing to cash in on offense while looking like a revolving door on the other end.

• Another night, another game where Philadelphia's non-Embiid bigs were their own special brand of terrible. Boban Marjanovic looks like an unsinkable ocean liner trying to dodge an iceberg when he defends in space, and Jonah Bolden's effort often just takes him out of position, allowing an open layup or dunk near the rim. When that doesn't happen, there's an offensive rebound waiting to happen on the other side of the rim that he just vacated.

Sure doesn't seem like the Sixers have a backup plan behind Embiid that's going to work in the playoffs.

• Folks, that's about all I can muster on this game. I think that was more of an effort than the Sixers managed in Dallas.

• I know I wrote about this earlier Monday, but dear god, NBA games in late March and early April are absolutely horrendous. Salah Mejiri was taking stepback threes. Somebody make it stop.