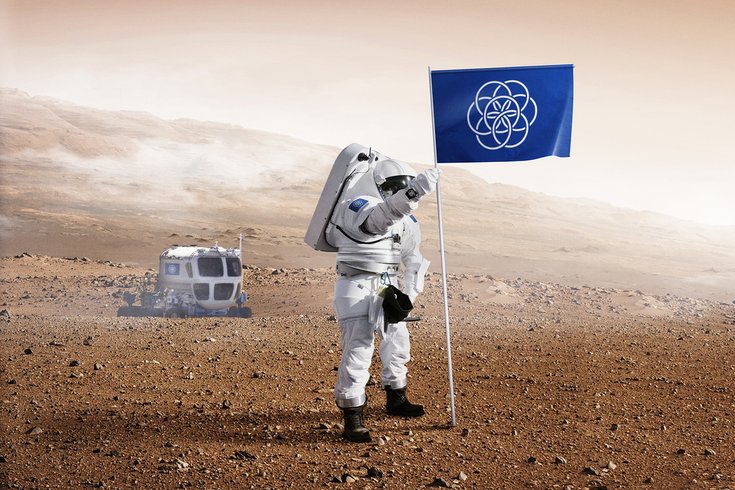 Current expeditions in Outer Space use different national flags depending on which country is funding the voyage. The space travelers, however, are more than just representatives of their own countries. They are representatives of planet Earth.

If you ever get a chance to travel to Outer Space, keep an eye out for a blue flag with a series of white intersecting circles - it's your cue that Earthlings were there.

A Swedish artist has officially proposed a design for an international flag of Earth. Several intersecting white rings signify that all things on Earth are linked directly or indirectly. They are set over top a deep blue background that represents water, which is an integral component for life on our planet. 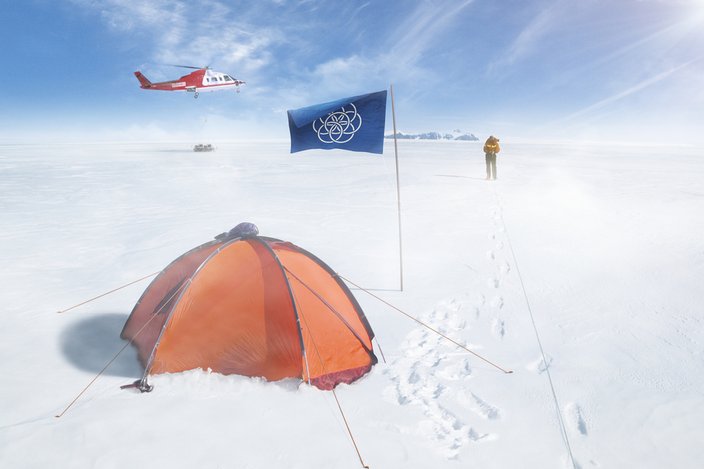 Photo of the Earth flag in Argentina taken by Johner Bildbyra. (International Flag of Earth)

According to The International Flag of Planet Earth website, the design was created by Oskar Pernefeldt, an art student at the Beckmans College of Design in Stockholm. To date, no flag has received any "official recognition" by any governmental body.

The purpose of Pernefeldt's flag design is twofold: It is a symbol of unity for all Earth's inhabitants and is the first known flag that doesn't pit any one country against another, and it's something to leave with a future colony on another planet. 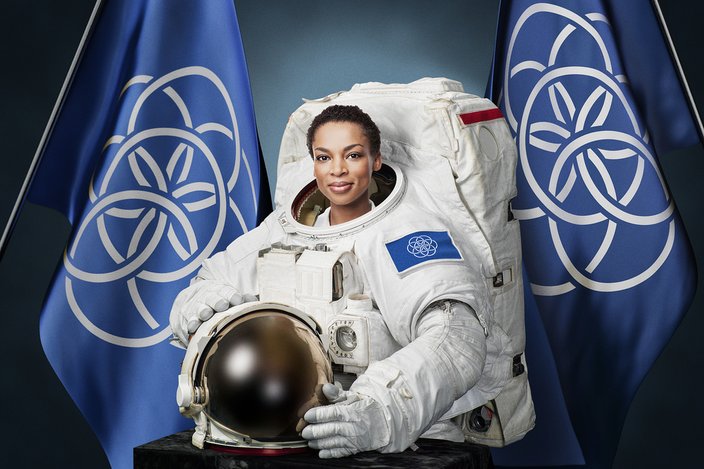 International flag of the planet Earth.

VIDEO OF THE DESIGN BACKGROUND: