It rained on the marijuana parade, but nobody cared 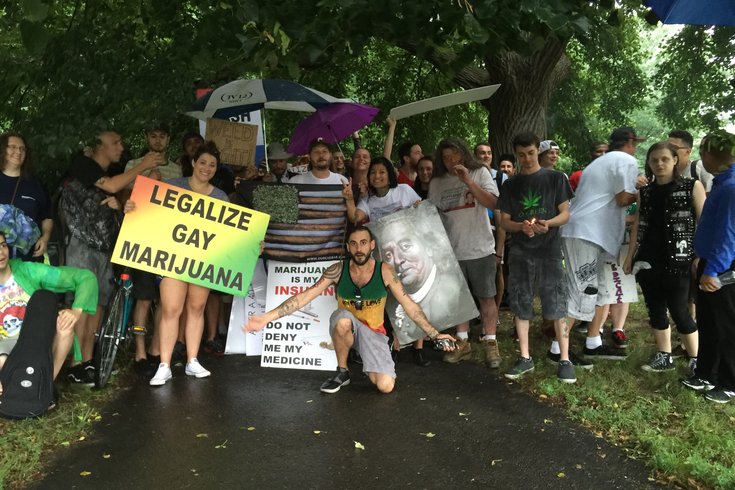 Marijuana activists gathered near Broad Street and Oregon Avenue before marching toward the Wells Fargo Center for the 'Cannabis Pride Parade' on Thursday afternoon.

And on the fourth day, there was a torrential, thunder-scored downpour.

So, dozens and dozens of marijuana activists huddled under a big-branched tree across Broad Street from SEPTA’s Oregon Avenue subway stop with an uninflated 51-foot joint.

Whether they’d be able to inflate it was yet to be determined around 3 p.m. Instead of worrying about that minor inconvenience, they toked, spoke and waited until the weather afforded them the chance to embark on the “Cannabis Pride Parade” from Marconi Plaza to the Wells Fargo Center.

It was a celebration of how far their movement had come in such an expeditious fashion.

Rain poured down as Ricardo Rivera took the megaphone and spoke about how marijuana oil helped his 9-year-old daughter Tuffy battle back against debilitating seizures. 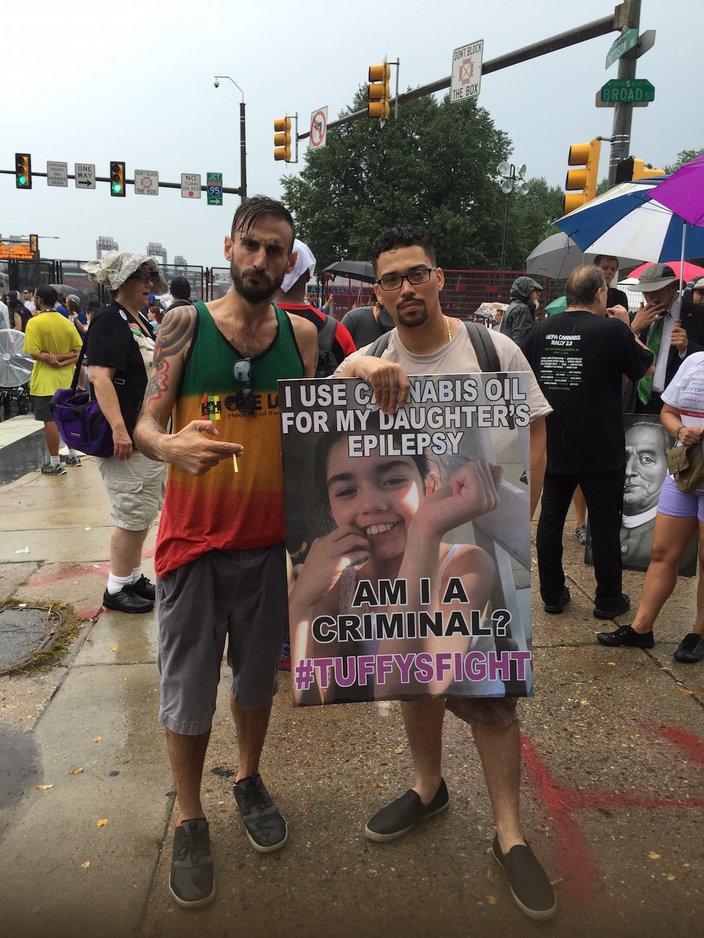 The air smelled in a fashion that left a reporter kinda worried about grabbing the secondhand attention of security dogs outside the Democratic National Convention.

Instead of waiting to see whether the 51-foot joint would make a second appearance on Broad Street – the march would soon proceed south along Broad Street toward FDR Park, and they'd blaze near the security gates – PhillyVoice asked local activist Nikki Allan Poe to sum up the week he’s seen in Philly.

“Yeah, the rain’s hurting us because this was going to be such a big event,” he said. “The community we’re building here in Philadelphia is great. We have to have a sense of humor. We’re out here hanging out, getting stoned. We may blow [the inflatables] up and march them down the street in the rain to close out a great week at the convention, regardless of everything else that happened at the convention.” 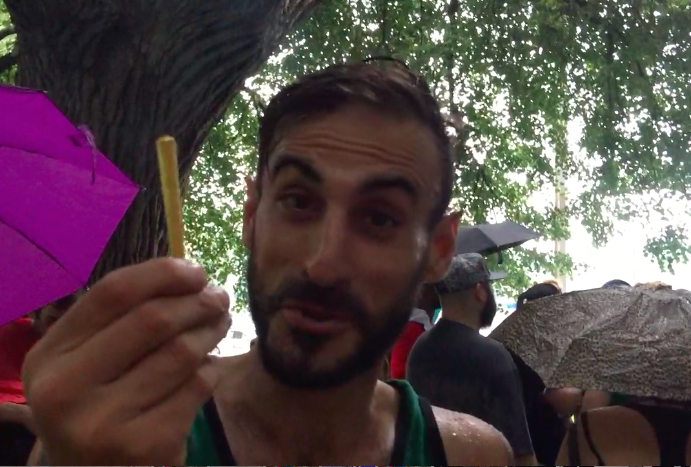 For them, the week was everything they’d hoped it’d be, and for a city which aims to carry a progressive mantle, despite protest flare-ups throughout the convention.