Watch the Christmas classic on the big screen in Center City 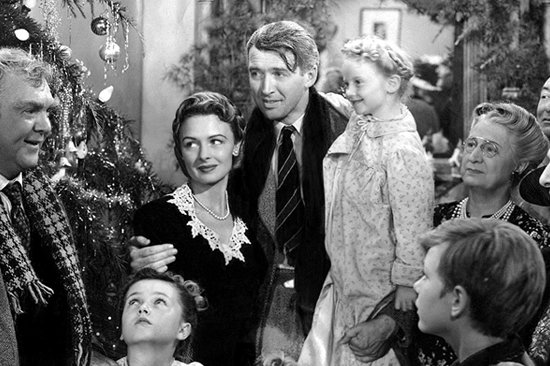 'It's a Wonderful Life' to be screened at the Philadelphia Film Center in Center City. Admission is free if you bring a non-perishable food item for Philabundance.

For the second year, the Philadelphia Film Center is putting the holiday classic "It's a Wonderful Life" on the big screen.

Admission to the screening is free if you bring a non-perishable food item to donate to Philabundance, a non-profit food bank that serves Philadelphia.

RELATED: AMC drops first trailer for "Dispatches from Elsewhere," filmed in Philly | Sips & Selfies with Santa to take place on Saturdays at The Shops at Liberty Place

The black-and-white movie from 1946 will be screened on Tuesday, Dec. 17, at 7 p.m. at the Center City theater. Admission will be on a first come, first served basis.

If you can't make it but still want to support Philabundance, you can drop off items in donation bins that will be in the lobby the week leading up to the screening.

Some of the items Philabundance suggests donating are canned vegetables, cereal, peanut butter, whole grain pasta and cans of soup.

If you've forgotten the plot to "It's a Wonderful Life," the movie tells the story of George Bailey, a young man with big ambitions. After a series of devastating setbacks, George finds himself questioning the value of his own life at Christmas. It takes a kind-hearted angel named Clarence to show George just how much his life has touched those around him.

"It's a Wonderful Life" Screening