Jay Wright is friendly with his counterpart in Thursday night’s Sweet 16 clash, Jim Larranaga of the University of Miami. According to Wright, the two crossed paths in and around New York City during the 90s when he was at Hofstra and Larranaga coached at Bowling Green.

And even though Wright coached at the local school, the Bronx native had home-field advantage in those battles.

“Every time we would recruit somebody, he was at Bowling Green,” Wright told reporters in Louisville on Wednesday. “Hofstra [and] Bowling Green were on the same level. We'd think we had somebody, and he'd come in there with much stronger connections.”

Wright is from Bucks Country, and he cut his teeth as an assistant in the Philly area at Drexel and Villanova. He’s a Philly area guy, first and foremost. Yet when star wing Josh Hart declared his distaste for New York at the Big East Tournament, his coach disagreed.

How could Wright not appreciate a place that he has plucked so many great players from?

Wright is 350-157 since taking over on the Main Line in 2001, and ‘Nova has made the NCAA Tournament 11 of the past 12 years. He has done that by almost exclusively targeting a specific area in recruiting: the corridor stretching between New York City and Washington D.C.

Since that 2004-05 season, Villanova has seen a total of 38 players receive at least 25 percent of the available minutes in a given season (which we’ll define as the threshold for cracking the rotation), per Ken Pomeroy. Of those 38 players, only two didn’t grow up or finish high school in the area in between NYC and D.C. They are:

Ennis even played high school basketball in New York City for a couple of years. That number is very telling: 95 percent of Villanova’s rotation players spent at least some of their younger years three hours or less from the school. This is a program that sticks close to home.

Furthermore, only two players out of the remaining 36 didn’t grow up or go to high school in what I would consider one of the “Big Three” areas. They are:

As for the rest of the Wildcats… 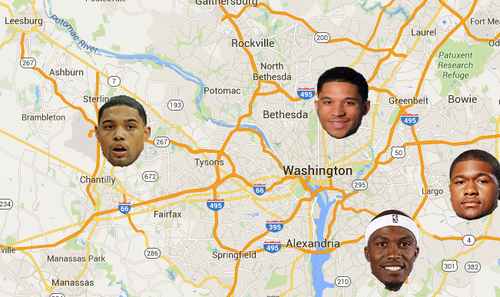 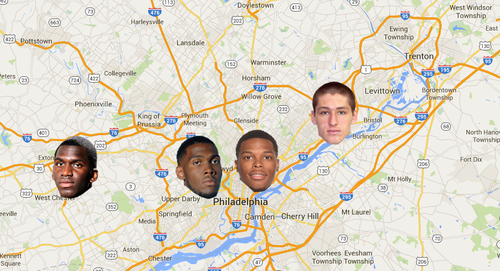 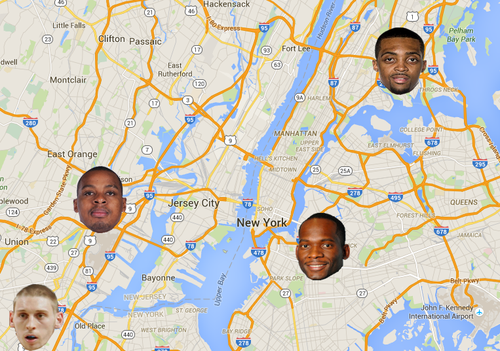 Sure, is much of the criteria (25 percent playing time, what is still considered New York, etc.) arbitrary? You bet! The point I'm trying to make is that when you look at the rosters for most of the other teams in the Sweet 16, not too many boast the concentration of local talent that Wright and Villanova have.

In 2016, the Wildcats truly stand out in that regard.