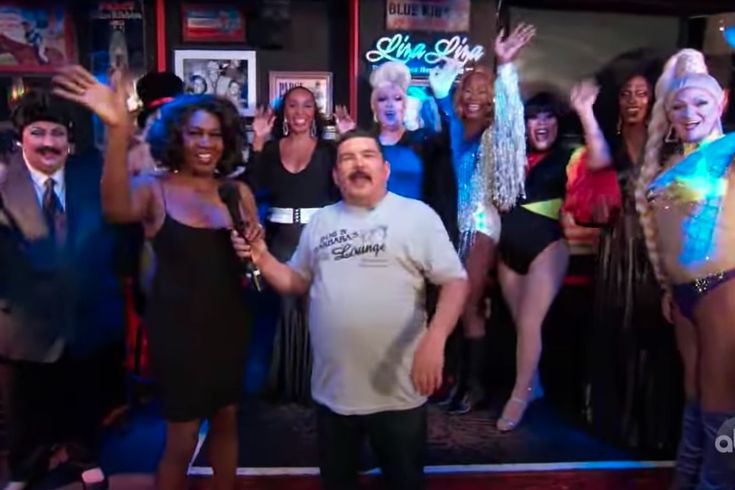 Guillermo, Kimmel's secuity-guard-turned-sidekick on the nightly talk show, is traveling across the U.S. in a  bus, called the #Guillermobile, from California to Brooklyn, ahead of Kimmel's annual week of live shows on the East Coast, from Brooklyn Academy of Music’s Howard Gilman Opera House.

On Thursday, Guillermo was in Philadelphia, making his second-to-last stop at one of the city's most iconic, weekly bar performances.

Bob and Barbara's, 1509 South St., is best for two things: it's drag show, which has been happening for 25 years, making it actually the longest-running in the U.S.; and it's the originator of the Citywide. (Bob and Barbara's is Pabst Blue Ribbon and Jim Beam.)

During the visit, Guillermo got to talk to some of the leading ladies, and was gifted a wig and feather boa, too.

He even got his own drag name: Fajita Hayworth.