The list is full of actors, directors, and a slew of executives, plus former president Barack Obama 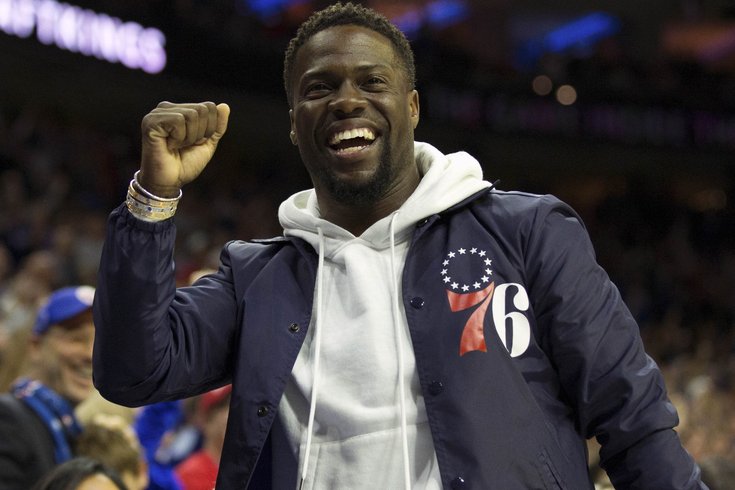 Acting megastar Kevin Hart enjoys reminding people of his Philly ties. Hart is one of four Philly-area natives named among the 100 most powerful people in entertainment by The Hollywood Reporter.

The Hollywood Reporter released its THR100 rankings on Wednesday, a list which orders the 100 (or so) most powerful people in the buzzy entertainment industry.

The list features names everyone in the world knows (Barack Obama, Oprah Winfrey) and names very people know (Paul Telegdy, Chris Silbermann). It's a weird list, and it reminds you about Hollywood's extremely moneyed world.

It's nothing compared to the representation from California and New York, but four prominent Philly-area natives are featured on the list, including one in the Top 5. We've rounded up the THR blurbs on each one:

"In a year bookended by triumphs — Vice, nominated for three Oscars, and HBO's Emmy-winning Succession — Will Ferrell's former wingman has become Hollywood's chronicler of civilization in decline. His 2020 is about founding his production company and prepping Showtime, an HBO pilot about the '80s heyday of the L.A. Lakers."

"Despite the dismal $20.6 million domestic opening of Gemini Man over the Oct. 11-13 weekend, Smith, 51, has renewed his clout. His fortunes began to turn with Bright, for which he received a reported $27 million payday from Netflix. Aladdin earned a career-best $1.13 billion globally this summer. And he and wife Jada Pinkett Smith launched Westbrook, a holding company for production banner Overbrook — whose slate includes 2020's King Richard, with Smith as Serena and Venus Williams' father."

"The past year has had its upsides (The Upside's $108 million) and its downsides (the Oscars host debacle, a September car crash, a $60 million sex video lawsuit in October). But the future is bright for the 40-year-old comedy powerhouse, with Jumanji: The Next Level coming out Dec. 13 and a Paul Weitz film, Fatherhood, due in April."

"Roberts, 60, couldn't outbid Disney for 21st Century Fox, but he did manage to wrest European entertainment giant Sky from Rupert Murdoch, paying $38.8 billion for a majority stake and prompting Murdoch to unload his share for $15 billion. With Sky making up the third leg of Roberts' empire — joining Comcast Cable and NBCU — the company now has 184,000 employees and brings in more than $110 billion annually. Second-quarter revenue missed estimates, but it also was the fourth consecutive quarter for which Comcast beat earnings-per-share estimates; the stock has spiked more than 30 percent this year."

Unsurprisingly, THR decided that Walt Disney CEO Bob Iger is the most powerful person in entertainment. That seems like a fair evaluation.