The Berks County native performs three songs off her seventh album, 'Lover,' and an old favorite from 'Red' 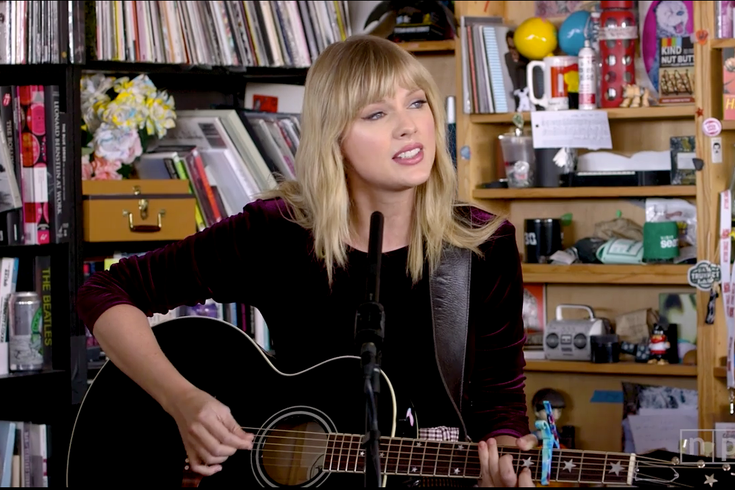 Taylor Swift simplified her usual show-stopping performance and got back to her roots with a four-song setlist for NPR's Tiny Desk concert series. The video of her performance was posted on NPR's site Wednesday morning.

The Reading native stopped by the NPR office in Washington, D.C., where she played acoustic, heartfelt renditions of three tracks off her latest album, "Lover," and an old fan-favorite from her hit album, "Red."

"I just took this as an opportunity to show you guys how the songs sounded when I first wrote them," Swift said to an audience of more than 300 people at the show. "So it's just me. There's no dancers, unfortunately."

Swift performed solo, switching between the piano and guitar for her four-song setlist. She sang "The Man," her take on double standards and what her life would be like if she was a man, followed that with new album's title track, "Lover."

Then she sang "Death by a Thousand Cuts," in which Swift shares her unnerving thoughts of becoming happy and no longer possessing the ability to write heartbreak songs, and she finished the Tiny Desk set by taking a break from seventh album and performing "All Too Well" from her multi-platinum 2012 album, "Red."