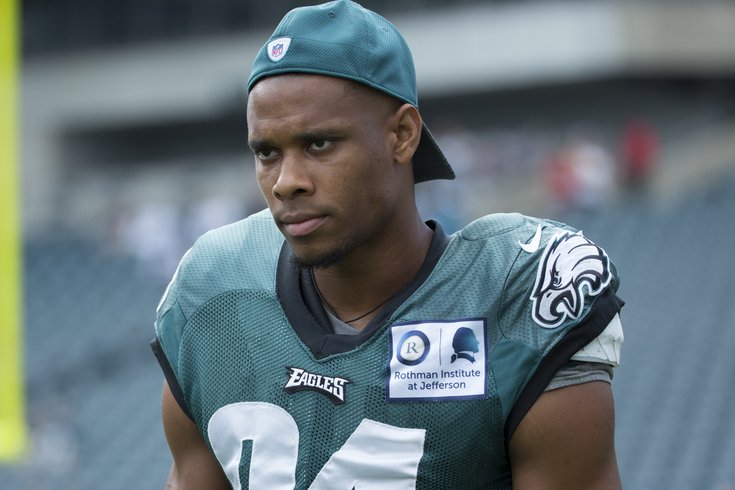 At the wide receiver position, the Eagles have Jordan Matthews, and then...

If you've watched the Philadelphia Eagles' first two preseason games, it's been abundantly clear that the most glaring weakness on the team is at the wide receiver position, where the Birds have suffered a number of drops and other mental lapses.

Missing in action after taking a low hit from CB Jalen Mills earlier in training camp has been the Eagles' unquestioned top receiver Jordan Matthews, who is still out with a bone bruise in his knee. Asked if he would be ready for Week 1 of the regular season, Matthews emphatically said he would.

Doug Pederson noted during his press conference, however, that Matthews will likely be out the rest of the preseason.

"We would love to be able to hopefully get him out here this week; we’ve just got to see, but I’m not going to rush him and I’m not going to push him to get back at it," he said. "I want to make sure that he is 100 percent before he hits the field.

"Usually, a guy like Jordan, if he doesn’t go this week (in the third preseason game) then I would say let’s just get you ready for Cleveland."

Matthews noted a silver lining to him being out.

"Most of these preseason games, I might have gotten like one or two drives and been out anyway," said Matthews. "So now the guys who need the reps even more have a chance to go show what they can do."