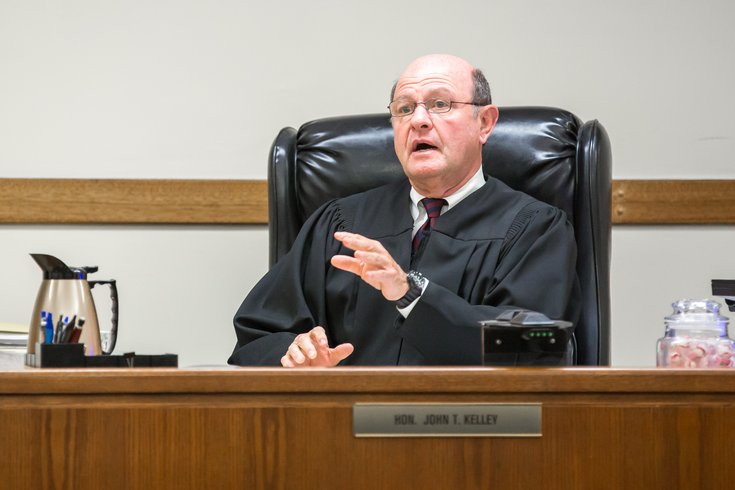 Judge John T. Kelley addresses the jury during deliberations in the trial of David 'DJ' Creato, Thursday, May 25, 2017, at Camden County Superior Court in Camden, NJ.

Following a four-day layoff and another round of testimony review, jurors in the Brendan Creato murder case told Judge John T. Kelley on Tuesday afternoon they could not reach agreement on a verdict.

The jury has heard – and reheard – some of the testimony, some as many as four times.

Earlier Tuesday, the jury heard a readback of cellphone data analysis performed by an outside expert, Louis Cinquanto, who was hired by the Camden County Prosecutor's Office.

David "DJ" Creato, 23, is charged with murdering his three-year-old son, Brendan, who was staying with him when he was reported missing and found dead three hours later in Haddon Township, Camden County. He is also charged with child endangerment.

The testimony reviewed his rapid-fire calls, texts and accessing of the social media site known as Snapchat on Oct. 12, 2015.

Testimony showed Creato was on his phone far later than the 10 p.m. he'd told investigators when he was initially interviewed. He repeatedly used his cell until just after 1 a.m. that night.

Creato's use of the cellphone resumed the next morning at 6:02 a.m.

That's when he rapidly called his mother, Lisa Creato, who lives a block away, Haddon Township's 9-1-1 and Samantha Denoto, his former girlfriend and the mother of their son, Brendan.

The prosecution has alleged Creato killed his son, somehow depriving the boy of oxygen, in order to continue a tenuous relationship with his then-girlfriend Julia "Julie" Stensky, a college student from Feasterville, Bucks County.

The pair had met through an online dating site and spent much of the slightly more than three months they were together arguing about Brendan and his mother.

But Assistant Prosecutor Christine Shah has pointed to a message Creato sent shortly before the toddler's death that discussed getting a lawyer to discuss custody and review his options.