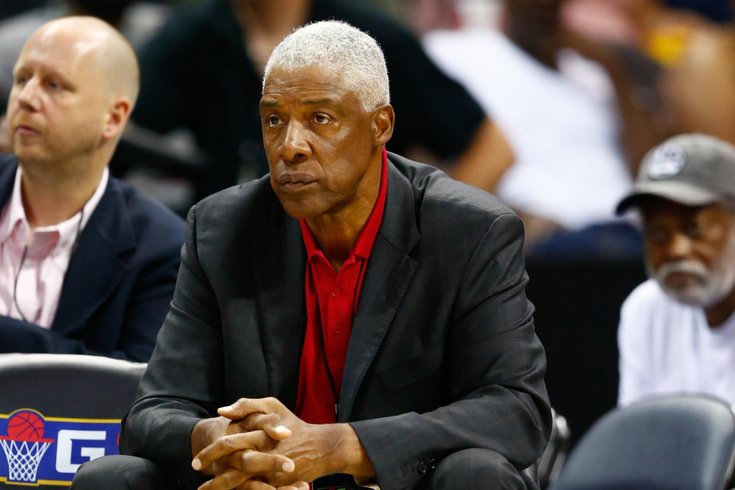 Julius Erving looks on during a BIG3 league game against Ball Hogs at Spectrum Center.

Sixers legend and Hall of Famer Julius "Dr. J" Erving was taken to a local hospital after falling ill while attending the Sixers' 114-78 blowout win over the Detroit Pistons on Friday.

He was being evaluated there late Friday night and was expected to be released, his management team said in a brief statement.

“Mr. Erving fell ill at tonight’s game and was taken to a local hospital, where he is currently being evaluated. He is expected to be released after the evaluation.”

The 67-year-old Erving was taken out of a suite at the Wells Fargo Center in a wheelchair, NBC10 reported. Erving's management and the Sixers have not identified the hospital.

Before tip-off, Erving rang the ceremonial opening bell to mark 35 years since his famous cradle dunk over the Los Angeles Lakers' Michael Cooper.

After starting his career in the old American Basketball Association, he was traded to the Sixers in 1976 and helped the team win a title in 1983.

He played 11 seasons in Philly before retiring. He was inducted into the Hall of Fame in 1993.