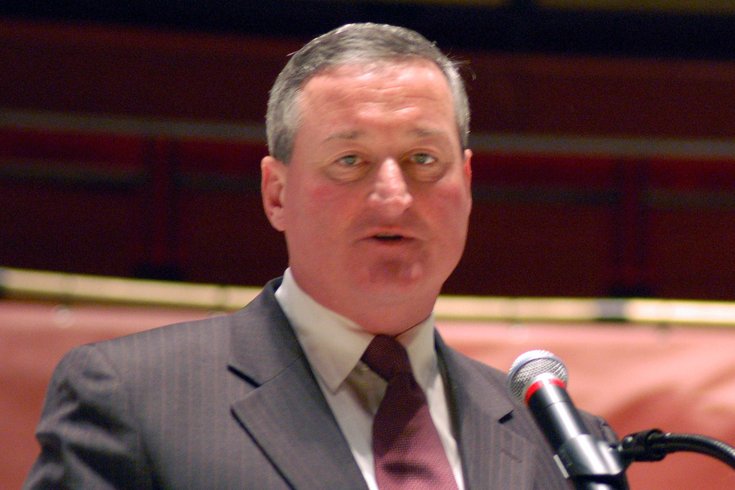 The sign, photos and videos of which were posted on Twitter, shows two cereal boxes side by side.

The first box is of Jenner before her identifying as a trans woman when she appeared on the cover of a Wheaties box in 1976 for her accomplishments as an Olympic decathlon champion.

The second box, marked "2016" and labeled "Froot Loops," shows the same old picture of Jenner along with a new photo of Jenner from the recent Vanity Fair cover that accompanied an article in which she revealed the details behind her sex reassignment surgery.

Written on the box is "Call me Caitlyn," another reference to the cover. Twitter user Anthony tweeted a photo of the sign from the parade to Kenney, asking his thoughts on it.

@JimFKenney Your thoughts on the Finnegan's Wake attack on the transgender community? https://t.co/KEQSHd6g9Y @phl17 pic.twitter.com/sY282ME1Od

Kenney responded, calling it "bad" and "hurtful," adding that the Philadelphia transgender community does not deserve that form of satire.

A YouTube video posted by Anthony shows the group, some members of which were using the sign, also had a large blown-up poster of the Vanity Fair cover.

Kenney's condemnation follows a Philadelphia Daily News report posted Friday evening  that cites a gay man who claims he was attacked by a group of Mummers who called him a "f*****.

Earlier this year, organizers of the Mummers Parade announced a new push to diversify their event and be more inclusive after some had criticized the parade for offensive performances and costumes.

At Friday's event, protesters rallied in Center City, decrying a number of social injustices as well as perceived racism in the parade.