KKK: We had a 'fantastic rally' in Lancaster County 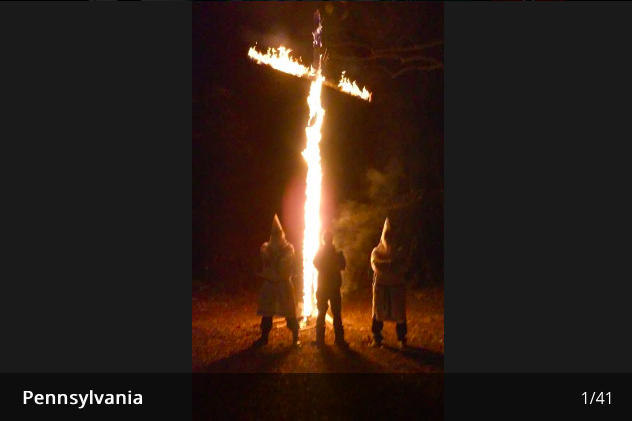 On Monday, we brought you a story detailing uncertainty about whether the East Coast Knights of the Ku Klux Klan actually hosted a “family event” featuring “one of the biggest cross lightings in a long time” in Lancaster County this weekend.

They said they did. But nobody in or around Quarryville saw anything. So, did they?

Well, the Klan reiterated its stance in a Tweet on Tuesday morning.

Though we can’t tell where and when the photograph was taken, their Tweet indicated that “we did have a fantastic rally.” You can see it for yourself below:

@thephillyvoice We did have a fantastic rally pic.twitter.com/VzVDibPreW