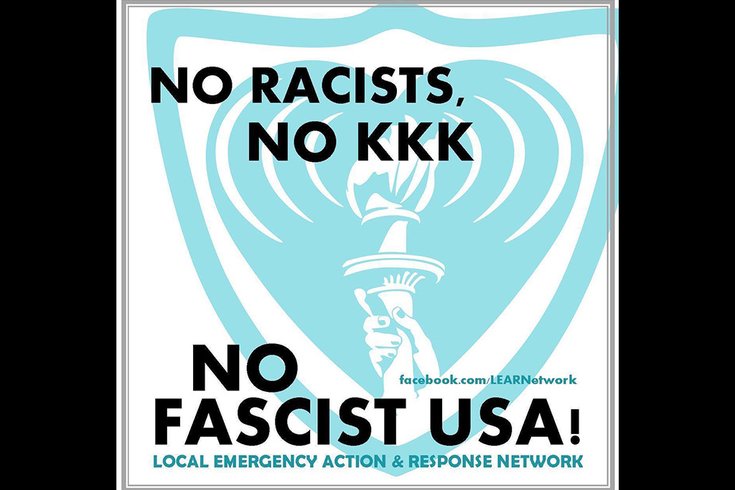 A town hall-style community meeting will be held Wednesday in Upper Dublin Township, a week after fliers promoting the Ku Klux Klan were found in the driveways of some homes.

A week after fliers promoting the Ku Klux Klan were left in driveways in a Montgomery County municipality, the community will gather Wednesday to discuss such hateful messages and how to respond to them.

The racist and homophobic fliers from the white supremacy group were discovered last Monday along Wright Drive in the Maple Glen section of Upper Dublin Township.

RELATED STORY: KKK claims it burned crosses in Lancaster County (but nobody else saw it)

The UNITY meeting, according to a posting on Facebook,  is set for 7 to 9 p.m. in the main room of the township building at 801 Loch Alsh Ave. The meeting will be facilitated by Local Emergency Action & Response Network of Eastern Montgomery County.

LEARN seeks "to proactively show love and support to area religious, racial, ethnic and sexual minorities who may feel marginalized, vulnerable, or the target of discrimination, and to respond to any acts of violence or vandalism with protests and resources to help rebuild and repair any damage done, on an ongoing basis."

A "town hall" format will provide residents a forum to express their feelings and concerns about the hate incident.

"This will be an event to show support for our community and stand against hate," the post says. "Our objective is to process this event collectively and then proactively envision next steps for strengthening our stand against hate."

Police said they believe the fliers, which contained hate speech and promoted the Klan, were left during the early morning hours.

They appeared to be similar to fliers discovered in February in Cinnaminson in South Jersey, police said.

The incident comes after fliers promoting white supremacy and neo-nazi propaganda were found on the Philadelphia campuses of the University of Pennsylvania and Temple University.

"These acts of hate will not be tolerated in Upper Dublin," the police department said on its Facebook page, a statement that drew a high number of supportive comments and shares.

"Thank you, UD Police for your swift attention to this and for your dedication to our community," wrote one woman on Facebook. "Offensive, hateful language and actions are not acceptable and will not be tolerated."

"Thank you for standing up to hate in our neighborhood," wrote another.

Anyone with information about the incident in Upper Dublin is asked to contact police at 215-646-2101.