Knoebels going 'Over the Top' for thrilling new ride in 2017

The bucolic central Pennsylvania destination ranked America's "Best Family Park" in 2016 is gearing up for a big 2017 that will literally send guests over the top.

Knoebels Amusement Resort, based in Elysburg, announced this weekend that it is currently constructing an exhilarating new ride for the upcoming season.

The ride, dubbed "Over the Top," will be a throwback to the free-admission park's early days, when visitors once stepped aboard the "Flying Cages" to maneuver them over their apparatus by shifting their own weight. This version of the ride existed at the park from 1964 until Knoebels completed its Handstamp Building in 1986.

Knoebels president Dick Knoebel was inspired to revive the ride after attending an industry expo held in Orlando last November.

“One of the reasons it caught our attention is that it gives riders a sensation similar to that of the old Flying Cages,” said Knoebel. “In addition, we received the stamp of approval from younger family members who never experienced the Cages and still spoke highly of the thrill.” 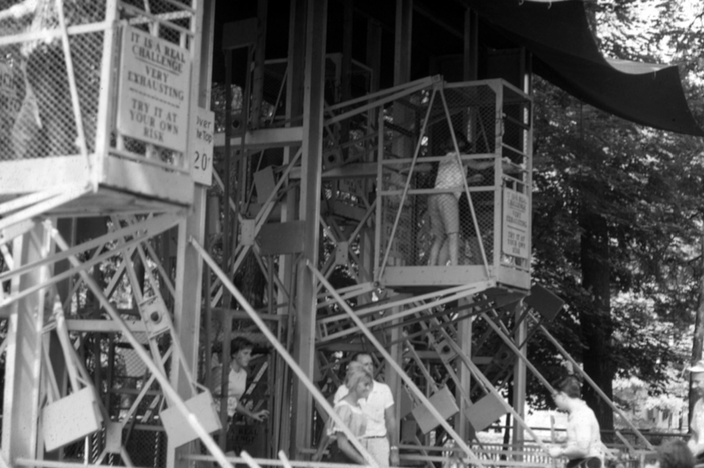 One of the original "Flying Cages" remains on display at the Knoebels History Museum and makes an annual appearance at the resort's Hallo-Fun event.


For the new "Over the Top" ride, guests will no longer be challenged to propel the ride themselves, but they will still be standing up and the motion of the original ride will be built into the experience. 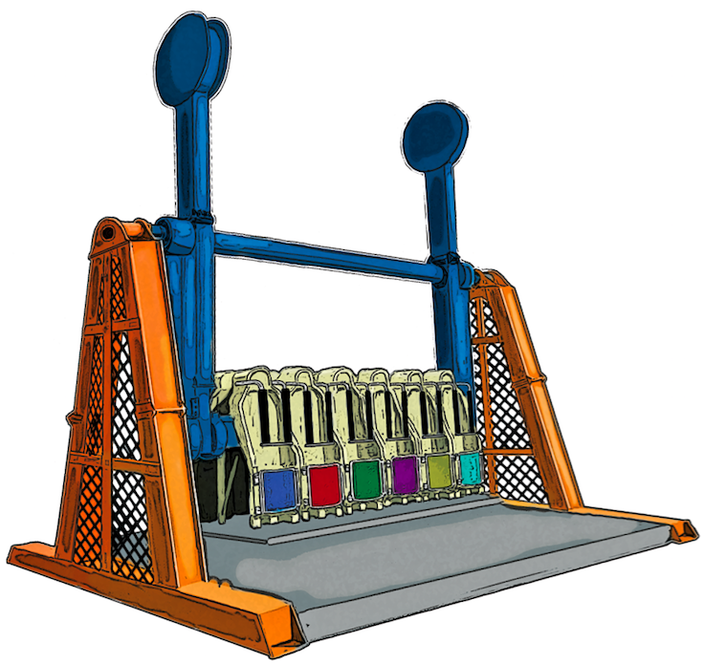 Rendering of new “Over the Top” ride.

Knoebels spokeswoman Stacy Ososkie said "Over the Top" will be located in the area of the Wipeout, Fandango, and Cub Cars rides, as well as the Monkey Madness game.


“There was a lot of interest on our Facebook teaser posts questioning whether or not we’re removing anything to make way for the new ride,” said Ososkie. “Visitors might notice some repositioning, but we’re happy to have enough space to keep everything and will hopefully bring even more interest to all of the other fun to be had in that area.”

Riders of "Over the Top," manufactured by SBF-VISA Group, must be at least 48 inches tall. The ride will have a capacity of 12 people at a time and will reach a height of more than 21 feet in the air. Resort officials anticipate an opening in late spring or early summer.