Kwanzaa – a cultural holiday, not a religious one

Having started in the U.S. only half a century ago, Kwanzaa is commemorated in Philly's City Hall 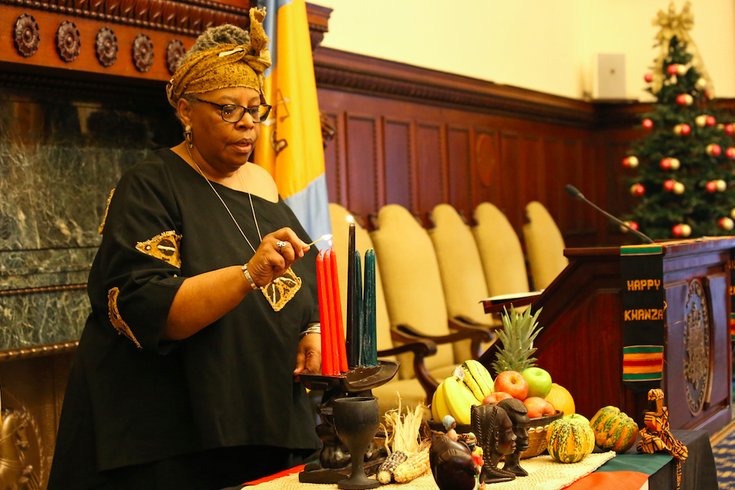 Many forget – Kwanzaa is actually a cultural holiday, not a religious one. It’s also only been around for 50 years, having started in America, not Africa. A common misconception?

Mayor Jim Kenney marked Tuesday as the 50th anniversary of the weeklong celebration with a ceremony in City Hall. He urged all Philadelphians to be aware of the cultural holiday and the special meaning that Kwanzaa holds to people of African descent and the black community. 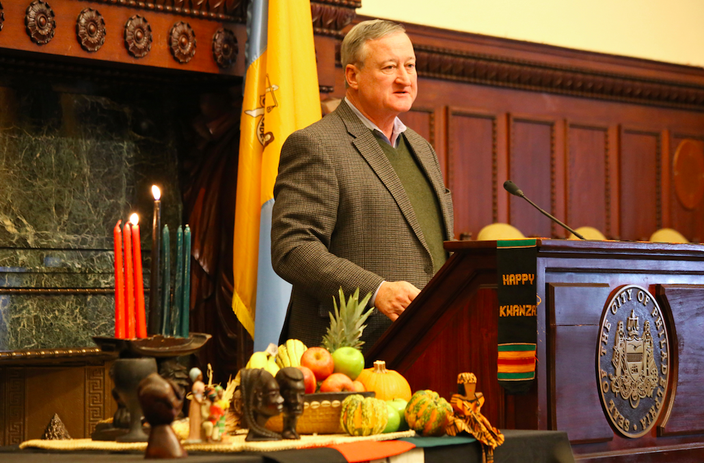 
“This celebration attempts to bring that cultural identity back, and that’s why it’s really important – not only for African-Americans – but also for all Americans to recognize that we are multicultural, and we all have a story.”

Unlike Christmas and Hanukkah, which have been around for centuries, Kwanzaa, (a derivative of a Swahili phrase, meaning “first fruits”) is a relatively young celebration.

Members of the Kwanzaa Cooperative joined Kenney on Tuesday and bestowed upon the city, by way of the mayor, several gifts to commemorate the 50th anniversary of the holiday. They included a kinara, essentially the Kwanzaa candleholder; a unity cup, for the city to start its own Kwanzaa display; and an ear of corn, which symbolizes all the children of the city. 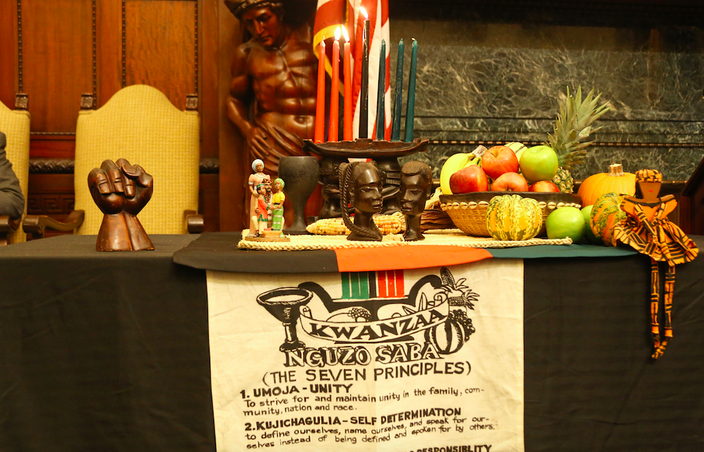 “It started in America, as our gift to the world. Now, Kwanzaa is a worldwide practice,” said Maisha Sullivan-Ongoza, chair of the Kwanzaa Cooperative.