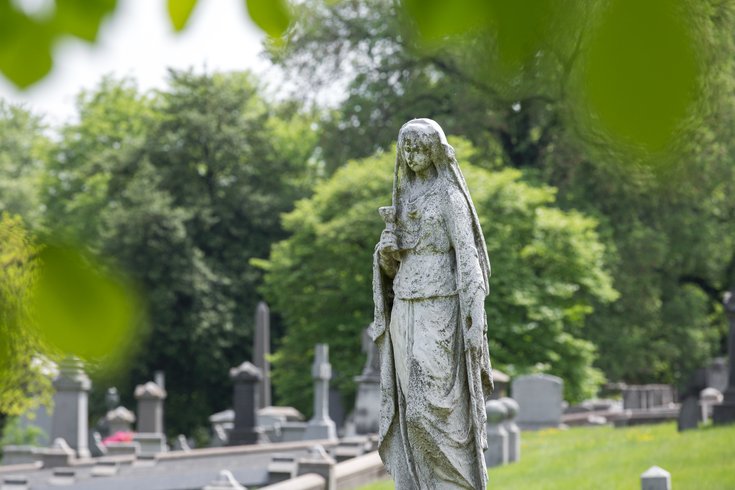 A statue in Laurel Hill Cemetery.

On four nights in July, a little-known play from the 17th century will be performed by REV Theatre Company at Laurel Hill Cemetery.

"The Witch of Edmonton" was written in 1621 during the Jacobean era and is based on the true story of a woman who was tried and executed for being a witch.

In the play, Elizabeth Sawyer is an old woman who is unfairly ostracized by her community, so she turns to witchcraft and befriends the devil in the guise of a dog (who sings and dances through the production).

Alongside the main story is another plot line about a young man who's forced to marry a woman for her wealth, while he loves and is secretly married to another.

The production, which has tragedy, horror and comedy, includes revenge, lust, suicide and murder.

Those attending are encouraged to bring their own blankets or beach chairs, picnics and beverages.

"The Witch of Edmonton"