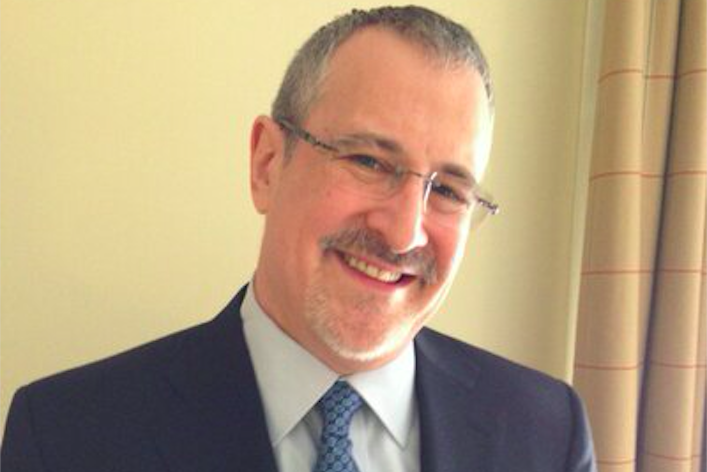 Ivan DeVoren, a Pittsburgh-based attorney with strong ties to the Philadelphia area, is facing numerous charges after police arrested him for allegedly sexually assaulting his pet Lab.

If the charges are true, what happened inside an attorney's home in Pittsburgh earlier this year is beyond vile.

Ivan DeVoren, a 61-year-old Pittsburgh environmental lawyer with extensive ties to the Philadelphia area, was arrested on February 21 and charged with 10 felony counts of animal cruelty, 10 counts of sexual intercourse with an animal, and possession of heroin, cocaine and marijuana.

According to the CBS affiliate in Pittsburgh, witnesses told investigators that they heard DeVoren sexually abusing a six-month-old yellow lab named Snoopy several times in late January and early February.

Police documents posted online after his arrest paint an even more disgusting picture of the charges filed against DeVoren, a Temple University Beasley School of Law graduate and prominent environmental lawyer who worked at prominent law firms in Philadelphia until 2010.

In those documents, witnesses reported hearing loud screams and "the dog whimpering, grunting and furniture creaking."

"Witness #1 went on to say the sex noises are usually grunts and yelling," the police complaint reads. "Witness #1 heard 'oh snoopy,' 'oh yeah,' 'yeah baby,' 'please don't bark,' 'do you want a treat' while this was happening."

It also details a veterinarian discovering various injuries and trauma that "would cause Snoopy severe pain and suffering."

The dog remains in the care of a Pittsburgh-area veterinarian, according to a PennLive report.

DeVoren graduated from Marple Newtown High School in 1974, Penn State University in 1978 and Temple's Beasley School of Law in 1990.

Working at DeVoren Stores in Philadelphia and Darby from 1978 to 1988, he was at a pair of local law firms through July 2011 when Marcellus shale-related work took him to the Pittsburgh firm of Burleson LLP. That firm has since shut down.

The Pennsylvania SPCA "does not have any history of complaints" from DeVoren's time in Philadelphia.

After hearing of the charges against a man who volunteered for five months as a dog walker with his organization, Humane Animal Rescue CEO Dan Rossi said DeVoren was always supervised and never adopted a dog from the organization, according to CBSPittsburgh.

Gillian Kocher, spokeswoman for the Pennsylvania SPCA in Philadelphia, said Thursday that the agency's local Humane Law Enforcement program "does not have any history of complaints" on DeVoren after checking its files for his name and known addresses in the area.

Initially scheduled for Thursday, DeVoren's defense requested the preliminary hearing be postponed until March 21, according to Mike Manko of the Allegheny County District Attorney's Office.

Manko provided PhillyVoice with the affidavit detailing charges against DeVoren.

The witness, whose name was not publicly released, reported hearing the sounds on each day between January 28 and February 1, the date the search warrant was signed.

"Witness #1 told me Devoren lives alone and his canine, Snoopy, is the only other resident in the home," wrote investigating Detective Matthew Lebedda. "Officer Rob Fredley, humane police officer, took custody of Devoren's dog Snoopy and transported him to a veterinary hospital."

DeVoren's LinkedIn account, along with the website for his practice DeVoren Law, were inaccessible online this week.

A photograph has since been taken off his Twitter account bio that identifies him as "lawyer, philanthropist" from the Highland Park section of Pittsburgh.