LeGarrette Blount takes a shot at the Sixers 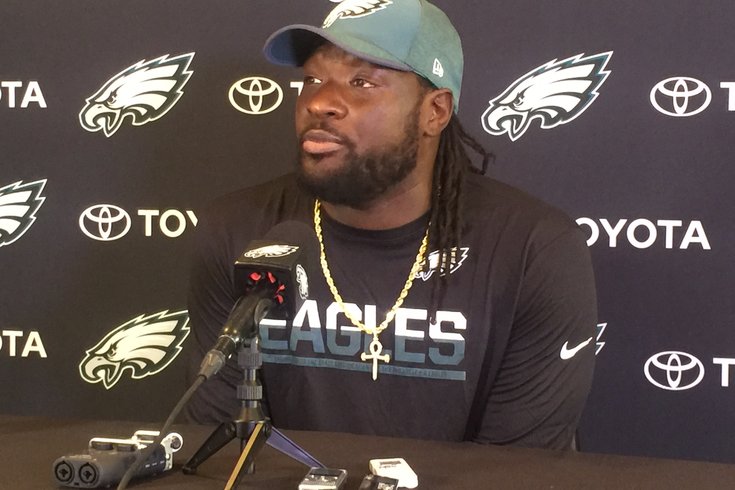 New Philadelphia Eagles running back LeGarrette Blount became something of a regular at Boston Celtics games during his time with the New England Patriots, becoming friends with many of their players.

At the conclusion of his inroductory interview with Eagles media, Blount was asked if he was going to begin going to Sixers games.

He responded, "They still playing?"

The Celtics are currently in the Eastern Conference final, and they just won the No. 1 overall pick in the NBA Draft Lottery Tuesday night. On the other hand, the soon-to-be-swept Celts are in an 0-1 hole to the Cleveland Cavaliers, and they won't be playing anymore soon enough either.