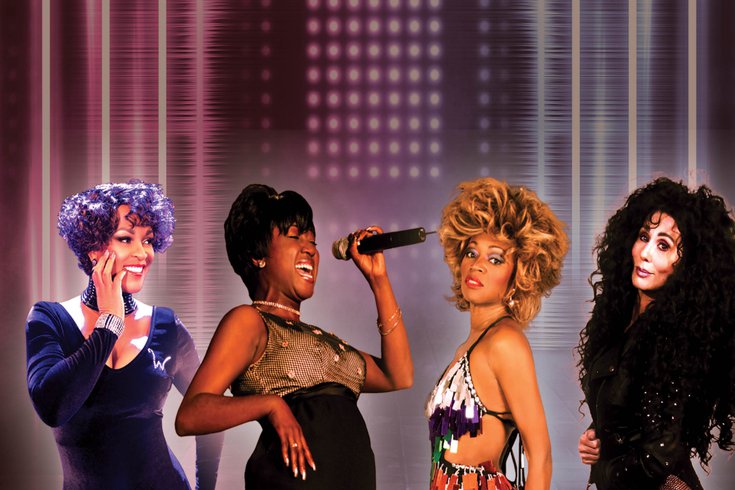 An outstanding cast of accomplished tribute artists, Legends in Concert: Legendary Ladies, will pay homage to their iconic musical counterparts at The Event Center at Live! Casino & Hotel Philadelphia on Thursday, August 4, 2022, and Friday, August 5, 2022. Groove to throwback hits by Aretha Franklin, Cher, Tina Turner and Whitney Houston, performed by exceptional talent, including Philadelphia’s own Lori-Mitchell-Gay starring as Tina Turner.

Legends in Concert, the longest running show in Las Vegas history, made its debut at The Imperial Palace on May 5, 1983. The show has earned entertainment industry awards for “Show of the Year,” “Entertainers of the Year,” “Grand Slam” and the prestigious “Show of Shows” awarded by the International Press Association. What started as a six-week engagement now celebrates 39 years of entertaining more than 30 million fans around the world. Today, Legends in Concert still shines bright on the Las Vegas strip and has long-running productions across the country.

Legends in Concert: Legendary Ladies will feature the music stylings of some of the world’s best tribute artists:

Lori Mitchell-Gay says the voice just comes easy to her when performing the glamorous singers. Originally from Philadelphia, she attended high school at the Philadelphia Performing Arts School where she majored in theater and minored in dance. Lori applied for and received a scholarship to attend Emerson College in Boston. She later transferred to Temple University where she graduated with a degree in Broadcast Journalism. Her first professional singing job was with a top 40 group called “High Energy.” This exposure and experience developed within her a stage presence and style she would later apply to singing performances in production stage shows. In addition to Tina Turner whom she is currently emulating, she also performs a tribute to Whitney Houston and Diana Ross.

Denita Asbury brings the kind of charisma portrayed only by a real legend to her performance as Aretha Franklin. Denita’s confidence shines with experience as she electrifies audiences with her uncanny look and powerful voice. A professional singer and performer since the age of 16, Denita knows her craft well and is equally versed in jazz, pop, rock and rhythm & blues. She began impersonating her favorite singers in the National Touring Company of BEEHIVE. There she honed the character and movements of Aretha Franklin. Today, Denita performs throughout the U.S. and internationally as the Motown diva.

Annika Starander Weaver brings with her a long history of performing every time she hits the stage. Hailing from a musical family in Sweden, Annika grew up performing in her hometown. Annika completed John Kincade’s “Stage School” in Sweden; then, she made her way into the Musicians Institute in Los Angeles, CA. Following her training, she learned her way around the stage working in major production shows in Las Vegas, Atlantic City, Florida, The Bahamas, Phoenix, Albuquerque, Reno, Thailand and Singapore.

Many consider Trina Johnson Finn as a “throwback” from the old days of Classic Hollywood when performers were entertainers with multiple talents and a dazzling personality to match. This exotic and beautiful singer, actress, and producer is a rare diamond that shines like a Star. Trina is no stranger to the entertainment industry and has already accomplished many of her goals. Trina was born and raised in Kansas City, Missouri where she studied Voice Performance and Theater at the UMKC Conservatory of Music. She has appeared on shows like The Grammy’s, Oprah, the MTV Music Video Awards, the BET Awards, and the American Music Awards to name a few, and has also graced the stage with iconic entertainers ranging from Barbra Streisand to MC Hammer, Smokey Robinson, Michael Bolton, Valerie Simpson and Marilyn Manson to The Family Stone. Trina is an accomplished producer and actor, who is currently sharing her talents with audiences from Europe to Asian and everywhere in between. She is considered to be one of the best Whitney Houston tribute artists in America, and around the world.

Showtime is 8 p.m. Tickets start at $40 and are available for purchase now at philadelphia.livecasinohotel.com.

Live! Casino & Hotel Philadelphia continues to ramp up its summer entertainment lineup with the hottest shows all happening in The Event Center. Parking is free, and there’s easy, convenient access to The Event Center by parking in the Self-Park Garage off Darien Street.

AN EVENING WITH HOUSEWIVES
Friday, August 26
7 p.m. | Tickets starting at $45