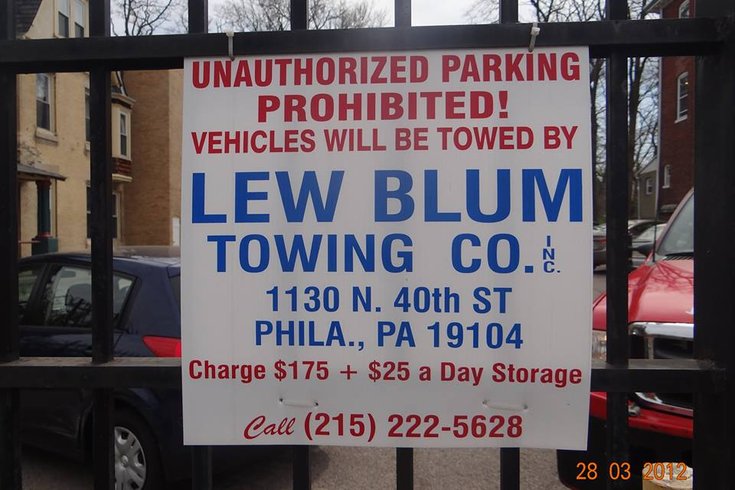 The king of Philly towing appears to be running for office.

Lew Blum, owner of Lew Blum Towing, said on Twitter he is running for an at-large City Council seat. The next City Council election is in 2019, and there are seven at-large seats.

Blum is pretty active on social media; specifically, he's active in tweeting his opposition to last year's ticket-to-tow bill that requires an illegally parked vehicle to be ticketed before a towing company can take it away. The bill was signed into law in December and Blum, for obvious reasons, is not happy about it.

Ticketing vehicles on private property is total waste of our philadelphia police resources,there is not enough police to go around,philadelphia has grown to 1.3 million people and growing,we need a police force 10.000 strong,and have equal understanding for people of color pic.twitter.com/eLGa59ojYk

That's not Blum's only political position. According to his Twitter, he's also for:

• A tax abatement program for residents 65 and older for 15 years
• Getting rid of the soda tax
• Getting money for schools from the Parking Authority
• A new work release program
• Having cleaner streets
• Hiring 1,000 new police officers every four years

Those are, to put it lightly, lofty goals for an at-large councilman. Blum also promises to only serve two terms if elected.

He certainly would not be the most politically correct candidate. In addition to insistently tweeting at local media outlets about his candidacy, his latest thing on Twitter is praising who he considers to be "some smart black people."

Of course, much like Howard Eskin, Blum would have to move back into the city in order to run. According to a PhillyMag profile from last year, the West Philly native currently lives in Bensalem, Bucks County.