Just outside Philadelphia is a location about to be the new recipient of LEGOLAND – where kids (and adults) can play with giant, plastic construction toys and build whatever they want.

This week, LEGOLAND Discovery Center – slated for a spring opening inside the Plymouth Meeting Mall – named its new “master of the land” (if you will) in the form of a master model builder.

Michael Nieves, from Monmouth Junction, N.J., will combine his background in mechanical engineering and passion for building with LEGO bricks, into a full-time career.

Nieves will be in charge of teaching the young people who go to LEGOLAND how to use the tools they have in hand to build lifelike structures, many of which will emulate Philadelphia landmarks.

“I’ve always been interested in LEGOS since I was young,” said Nieves.

“I’m going to be responsible for helping with the construction and installation of ‘Miniland Philadelphia.’” 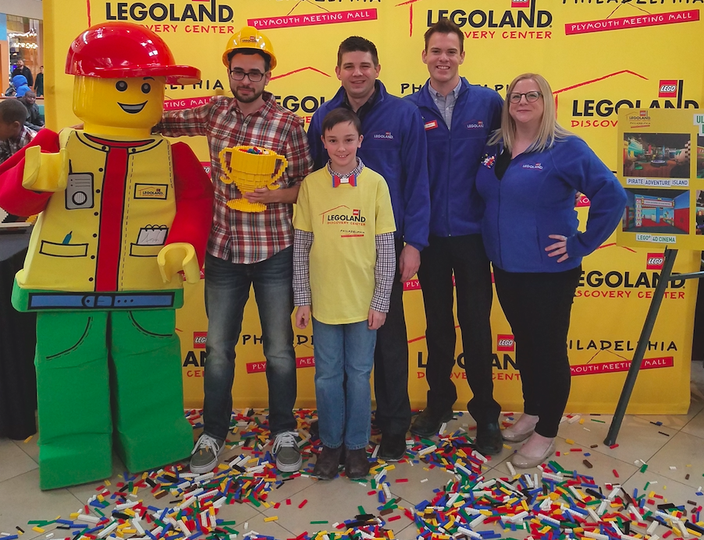 Blaine McCurry, marketing manager for Philly’s LEGOLAND Discovery Center, said that this new LEGOLAND will be fully equipped with an indoor LEGO playground, a LEGO 4-D cinema and a LEGO-themed ride.

“The entire attraction is for children and their families in mind. It’s really a great family-friendly destination,” he said.

The 33,000-square ft. location inside the suburban mall opened in October, and now it's equipped with a new head “builder,” and the center is on track to open in the spring.

“We started with about 75 applicants. From there we came down to about 40 people, who competed over two days,” said McCurry.

“This will be the 17th LEGOLAND center in the world.”

Nieves will help create Philadelphia’s “Miniland,” which replicates the city’s skyline and traditional landmarks. He believes what helped him win out over his competitors was his giant LEGO fighting fish.

“About a year and a half ago, I started working with children in this after-school program. I’m excited to get started,” he said.