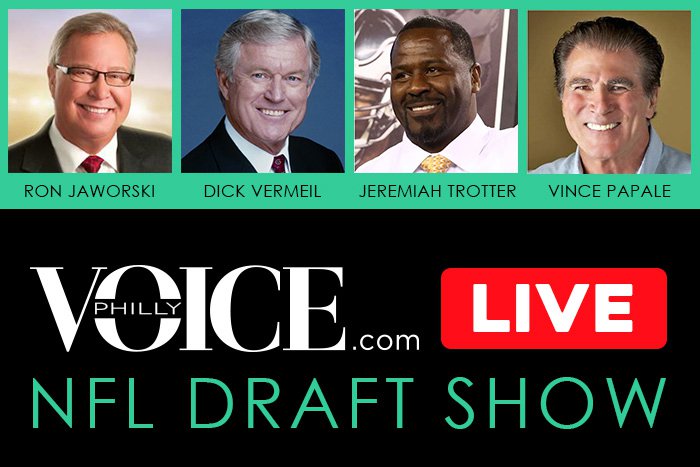 The Eagles are about to embark on one of their most important drafts in recent years at the end of April. There's a new coaching staff, a new quarterback situation, and a ton of holes that Howie Roseman and company need to fill to help set up the next era of competitive Eagles football.

Watch all the analysis, live breakdowns and, of course, hot takes from Eagles insiders, former players and this cast of experts:


Who do Jaws or Trotter think will be the best fit for Nick Sirianni's new offense?

How does Jimmy see things playing out for the Birds?

Which players would Vermeil most like to have had on his teams back in the day?

Get live, 100% Eagles-related feedback for every pick leading up to Philadelphia's at No. 12.

The Eagles have 11 picks in the 2021 NFL Draft, and the first round kicks off Thursday with Philly picking after a pair of hated rivals in the Giants and Cowboys. Here's the slate of picks for the Eagles for the three-day event: