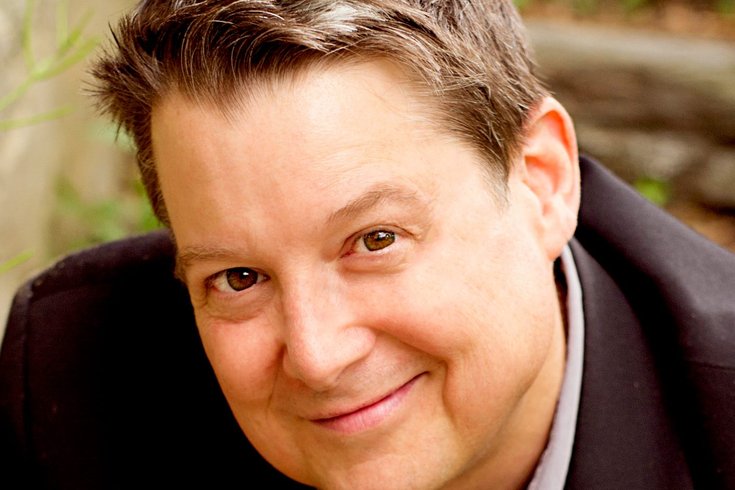 Philly author Jon McGoran celebrates the release of his new novel at the Free Library tonight.

Jon McGoran, the Philadelphia-based author of ecological thrillers Drift and Deadout celebrates the release of his latest book in the series Tuesday night at Parkway Central Library, 1901 Vine Street.

Dust Up, he says, “expands the previous books' examination of the role of biotechnology in food and agriculture with a look at the international influence exerted by today’s agribusiness giants. Most of the book takes place in Haiti, where there has been a lot of controversy over external pressure to relax restrictions on US biotech products.”

“It starts with a shooting on his front steps in Fishtown, but then the action unfolds on an international scale and he finds himself following the case to Haiti.”

“The issues [Doyle] confronts in this one are more expansive, and the events of the first two books — and this one — are weighing on him.”

McGoran joined a local church’s service trip to Haiti in January 2015 to aid in his research for the book.

“We stayed with a group called MPP [Papaye Peasant Movement], which has been very active in peasant rights and land reform,” he says. “It was a crazy time — right when parliament was dissolving and the place was about to become a virtual dictatorship. While we were there, the head of MPP declared his intention to run for president, once elections were announced.

McGoran will read from and sign Dust Up at tonight’s party, which features beer from St. Benjamin’s Brewing Co. and snacks from Weaver’s Way Co-op. Musicians Rich Ciocco and Matt Davis will also perform.

Launch Party for Dust Up