Two stars reflect on Parker's legacy and creating their own 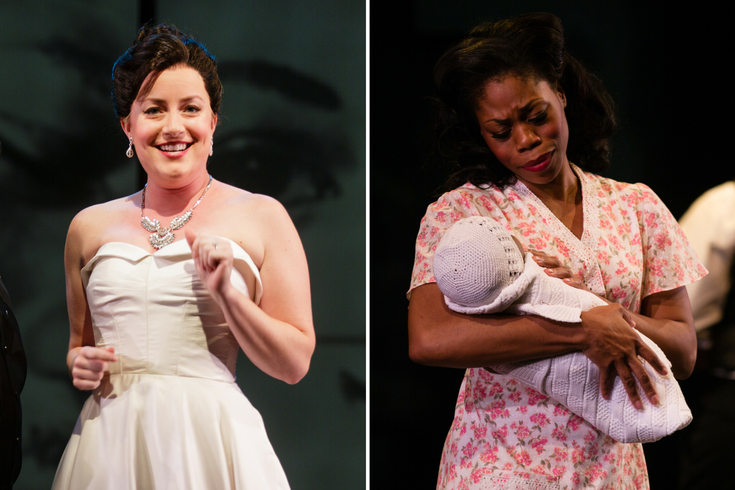 When Chrystal Williams and Rachel Sterrenberg step onto the Perelman Theater stage Friday, June 5, they won't only be debuting the world premiere of "Charlie Parker's YARDBIRD," Opera Philadelphia's first in nearly four decades. They'll also be making their own debuts with the company as Rebecca Parker and Chan Parker, respectively.

In fact, the young artists are fresh onto the opera scene, both having recently completed graduate programs at local institutions. Williams, a mezzo-soprano, graduated from the Academy of Vocal Arts in May of last year, while Sterrenberg, a soprano, finished up her studies at the Curtis Institute of Music just last month. Now, they're playing the first and fourth wives of legendary bebop musician Charlie Parker opposite Lawrence Brownlee, a world-renowned tenor and opera star.

Some would quake at the prospect of performing on such a big stage, literally and figuratively. But when gushing about opening night, the words "excited" and "incredible" fall frequently from Williams' and Sterrenberg's lips.

After all, the show itself is an exciting, incredible event for the opera world. Dubbed a "bebopera," "YARDBIRD" tells the tale of Parker's last attempt to create a masterpiece at the Birdland club in New York in 1955. Using flashbacks informed with historical events and blending jazz, Latin, gospel and hip-hop, "YARDBIRD" is truly unique within its genre. The music was written for Brownlee by composer Daniel Schnyder, and each performer will originate his or her role.

The magnitude of such an opportunity is not lost on either woman. Not only are they performing alongside current and up-and-coming stars, but many performing arts companies wouldn't take a chance on young talent for a world premiere work.

"They’re such an incredible company that they take risks like that," said Williams of Opera Philadelphia. 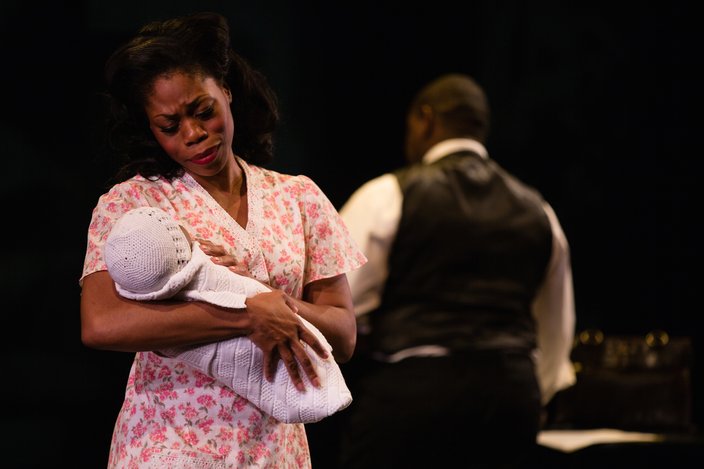 "It’s unbelievable and I have to pinch myself every time I get home," Sterrenberg agreed.

Though original work is increasing in the opera world, creating a role is still a rarity, and a privilege. Each performer plays a fictionalized version of a very real woman, so they worked closely with director Ron Daniels and Schnyder to feel out the characters' essence. Sterrenberg and Williams are also quick to agree that being the first to inhabit a role, with no production history adding to audience expectations, is a blessing.

"It’s daunting, yet liberating and free, because there are no recordings, no one is comparing you to anyone," Williams said. "So they’re listening to you, truly. I like that it’s a clean slate." 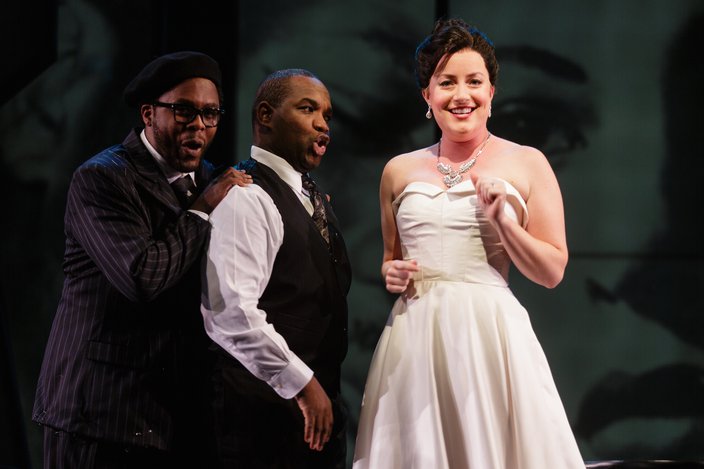 Both Williams and Sterrenberg glow with pride speaking about any part of "YARDBIRD," but they seemed most in awe of its potential cultural impact. First and foremost, the jazzy show is sure to attract a younger audience. While both Sterrenberg and Williams love the gown-and-tux vibe of traditional opera, they recognize it could be intimidating for the uninitiated.

But the "YARDBIRD" score will get people moving in their seats, literally. During rehearsals, the cast and crew could be seen bopping along or dancing to the beat, which both singers emphasized is not usually the case.

Not only does the show break musical boundaries, but Parker's story breaks racial ones as well, something each woman found poignant in light of the nation's recent struggles with racial tension.

"The fact that Charlie Parker had a white wife in 1952 and they had an apartment together in New York City, that was unheard of," Sterrenberg said. "We’re having a discussion with this amazing music about these kind of subjects that are so pertinent to what is going on right now, not just in big cities, but everywhere in the U.S."

"I love that we are putting on something that’s not just for the sake of self-glorification," Williams said. "['YARDBIRD'] has a bigger meaning, it has a deeper impact and, for me, I think it definitely will change history."