Local meteorologist who was ridiculed about pregnancy gives birth to twins 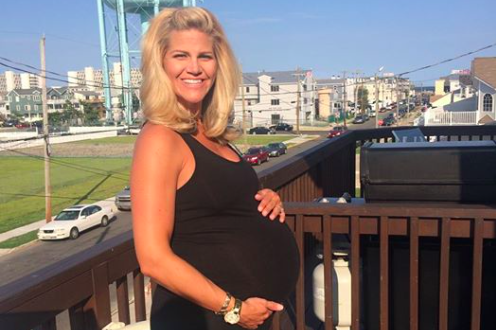 After enduring Internet ridicule about working on air during her pregnancy, local meteorologist Katie Fehlinger of CBSPhilly has given birth to twin girls, the station announced Thursday.

Recently, some viewers began to heave insults at her, one calling her a "sausage in casing," for example, and another saying "sticking your pregnant abdomen out like that is disgusting."

Fehlinger responded on her personal Facebook page with a post that quickly went viral and sparked a wave of solidarity among social media users. 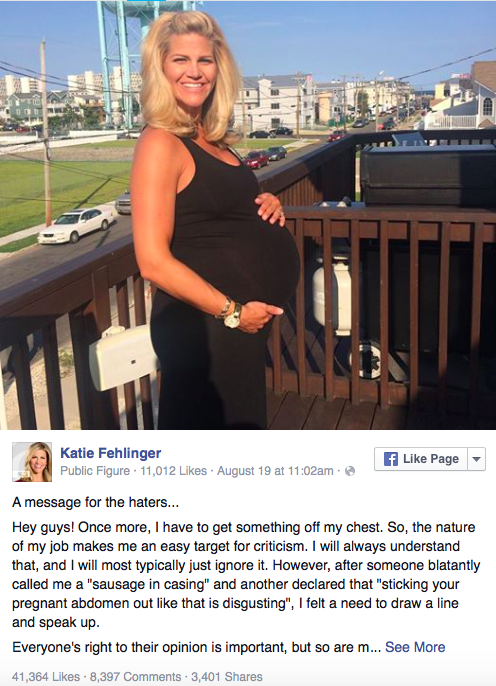 Beyond overwhelmed at the response! I NEVER expected this. In truth, I went in hoping for some catharsis more than anything smile emoticon But, when you think about it, it's one of the most relatable topics out there. Everyone has a mom. Every human being on earth is here because a woman went through this journey ... and THAT should be celebrated. Thank you all for proving that positivity outweighs the negative.

With the news of the births, social media users have begun sending along their congratulations.

@katiefehlinger CONGRATULATIONS Katie and husband. The names are adorable.

@katiefehlinger Congratulations to you on the birth of your twins. Enjoy them and we will await your return to our mornings 🍼😘👍😀